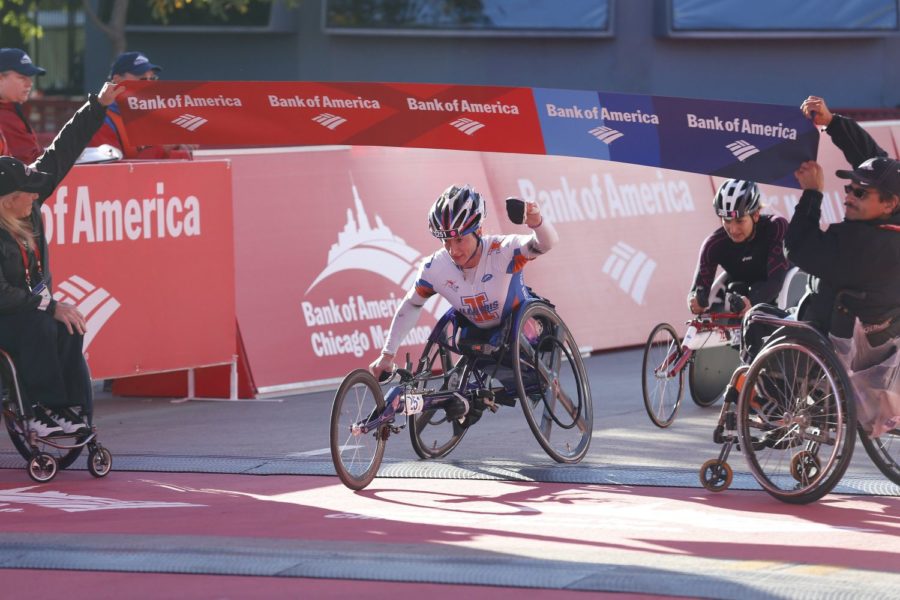 Tatyana McFadden, of Champaign, Illinois, wins the women’s wheelchair division of the Bank of America Chicago Marathon on October 13, 2013.

Tatyana McFadden entered the Rio Paralympics with some thinking she could win seven gold medals. But that expectation was dashed by .13 seconds Friday.

McFadden finished the women’s 100 meter in 16.13 seconds for second place. China’s Liu Wenjun clocked a finish in 16.00 seconds for gold. McFadden’s sister, Hannah, finished fourth in the race and crossed the finish line in 16.34 seconds.

McFadden won the bronze medal in the 2012 London Paralympics in the same event.

After the 2012 Paralympics, McFadden completed the wheelchair marathon grand slam — winning the Boston, Chicago, London and New York marathons — in each of the past three years.

“God is good,” Tatyana tweeted after the 100 meter race in Rio. “Tonight, I ran from my heart.”

Her next race is Sunday morning in the 400 meter preliminaries.