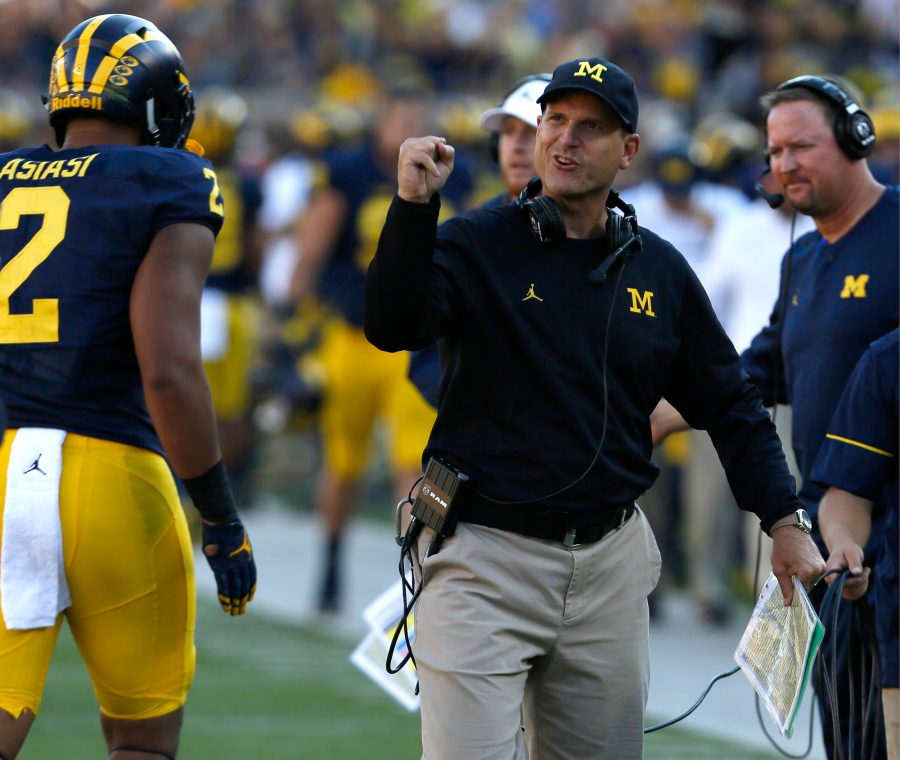 Michigan head coach Jim Harbaugh encourages his players coming off the field late in the first half against Penn State at Michigan Stadium in Ann Arbor, Mich., on Saturday, Sept. 24, 2016. Michigan won, 49-10. 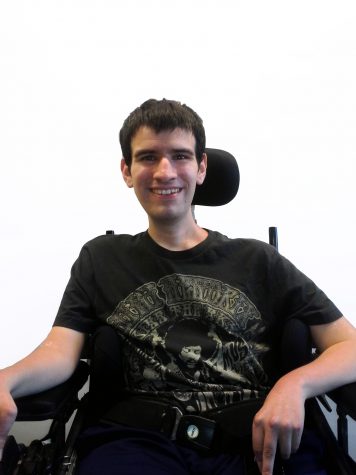 Josh Whitman is serious about turning the Illinois football program around (in case you haven’t heard).

The athletic department announced Monday a $132 million renovation plan for Memorial Stadium, proving that the move to acquire head coach Lovie Smith was just one step in the trek to making Illinois football great again — if it ever was in the first place.

Since his introductory press conference, Whitman’s famous words “We will win” have been plastered on every t-shirt and billboard in the Champaign-Urbana area and across Illini nation.

This memorable declaration has become a battle cry for many — which is interesting to me because, although it’s pithy and (slightly) catchy, it seems ambiguous.

The phrase has always bothered me. It’s great that folks have rallied around it, but what does it really mean?

“We will win…against Murray State?”

I’m kidding, of course. I realized from the beginning that Whitman had his sights set on something truly special — the addition of Lovie Smith made that obvious — but I always wondered what exactly they wanted to accomplish.

Monday’s announcement made their hopes clear.

“Our goal is to be in a position to compete for a national championship,” Whitman said.

But, just like the stadium renovations, which they cleverly coined the “Illinois Renaissance,” this project is going to take a serious amount of time.

In its defense, as I’ll argue in a moment, the baby steps that were taken Monday will prove to be long strides toward the program’s ultimate goal. If they want to reach the summit of college football, continuing this “Renaissance” project was a necessary step.

Here are five reasons why:

5. It makes the recruiting pitch a whole lot better.

Illinois’ football facilities are serviceable right now but are certainly well below average. Whitman, when prompted to “rank” the Illini’s facilities against other Big Ten programs, said he believed they were in the bottom quartile of the conference.

That needs to improve. Whitman mentioned a laundry list of changes they plan to make to the facilities. These player accommodations matter to recruits. And when trying to win over recruits against the Big Ten and other Power 5 conference giants, it’s necessary to have these state-of-the-art facilities. Lovie mentioned Monday that he’s been pitching the possibility of this project to recruits since day one.

It’s a useful tool — it proves a clear commitment to student athletes’ health and well-being, as well as an apparent dedication to creating a winning football program (a championship caliber one, at that).

4. It helps in recruiting coaches, too.

Whitman mentioned he pitched the idea to Lovie the first time the two met. If a mere plan for renovation helped in convincing Lovie to come to Illinois, the finished product will no doubt entice future top-shelf coaches as well.

As Whitman mentioned in his Monday-presser: it starts with the people. That’s the coaching staff and the players on the field — both will be benefited by this project.

3. It improves the game-day experience for fans.

The entire south end zone, or “horse-shoe,” is no place to see a football game. Fans are far away from the game, but the renovation will bring them closer to the action.

While Block I and the band make the north end zone relatively raucous, the south end zone is a far cry from rowdy — the seats are just too far away. This project will change that and increase the homefield advantage for the Illini.

New restrooms, elevators, improved concessions and wider aisles will make the east side of the stadium more accessible and enjoyable for fans as well.

“A lot of our donors have a strong, invested interest in football,” Whitman said. “Football has always been something that people have been prepared to rally around.”

He also mentioned that other athletic projects have not garnered the same excitement as this project already has. There’s no doubt that the football team ignites Illini nation. Success on the field, which Whitman hopes will come from a reinvigorated program, will completely change the scope of Illini athletics.

1. It proves a commitment to excellence for players, coaches and most importantly, the fans.

Whitman has made one heck of a sales pitch to Illini nation. He’s asking them to buy into the future. Buy into Lovie Smith, and his ability to recruit and develop the nation’s best players to help turn this football program around.

The ascent continues. If all goes as planned, Mr. Whitman will be paraded around town on a throne fit for a king.

He’s starting to write quite the story. We’ll see if it works.

I sure think it will.