Is there a case for Chayce? 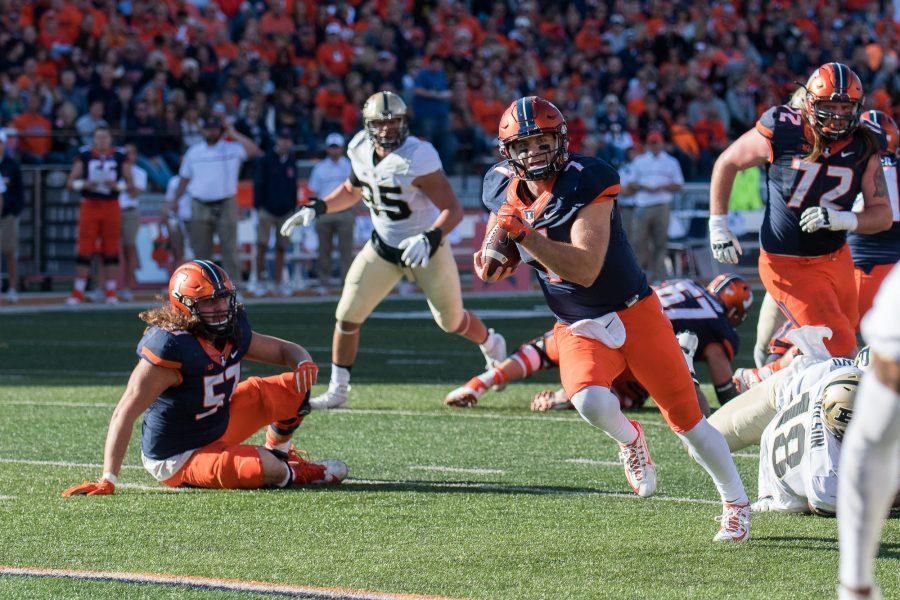 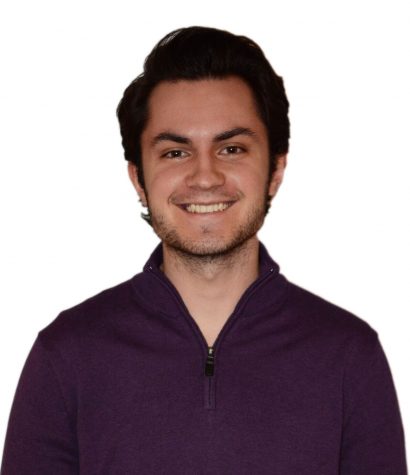 If you’ve gotten this far — and yes, I realize this is my first sentence — then you’re probably one of the following people: one, a curious Illini fan; two, an angry, all-knowing Illini fan, inclined to shout “blasphemy” after simply reading the headline; or three, my mother. She faithfully reads this space each week. I realize I’m painting with a broad brush here, but I imagine most of you fall into one of these categories.

Let me be clear: If healthy, Wes Lunt is the Illini starting quarterback. Plain and simple.

On the radio and in my weekly column, I’ve been a Wes Lunt supporter throughout the years. Though my fervency for Wes has faltered in recent weeks due to a couple of lousy performances from the signal caller, I have not lost hope in Lunt.

That being said, I believe there is a case to be made for Chayce Crouch. A good one.

On Saturday, showing shades of Reilly O’Toole, Crouch played with obvious passion and competitiveness, something we don’t always see from Lunt. In pumping his fist, diving into the end zone and launching his body at defenders, Crouch energized Memorial Stadium and gave his team a chance to win.

We all know what happened in overtime. He fumbled the football. You just can’t do that. But let’s not forget what he did the rest of the game.

For many, including the Illini coaching staff, this decision seems like an easy one. Go with Lunt. I think there’s more to consider here. Let’s take a look at three big questions surrounding this quarterback controversy — if I can even call it that.

Who gives you the best chance to win?

Even in a year where it looks like it’ll be difficult to grind out three victories, winning matters. I go back and forth on which quarterback actually gives the Illini a better chance to win.

I look at the North Carolina and Nebraska games, where Lunt helped the Illini to hang around. But he never played particularly well. At best this season, he’s been a game-manager; and at worst, he’s looked unconfident, incapable and well, bad.

But as I said, he’s helped them to hang around. Could Crouch have done the same? It’s impossible to know.

Many folks doubt Crouch’s ability to be effective against more difficult Big Ten opponents. The apparent solution to stopping him is simple: stack the box to stop the run.

I understand the sentiment, except I feel like many are undermining Crouch’s ability to throw the football. Look, he’s no Tom Brady, and he never will be, but the dude can toss the pigskin around. He is, in my opinion, a dual-threat quarterback.

After Saturday’s game, I think it’s unfair to call him one-dimensional. Crouch’s ability to run the football, coupled with the gusto he brings to the field, make the above question difficult to answer.

What makes sense for the future of the program?

The answer here is obvious: It makes more sense to give reps to the sophomore.

Whether or not Crouch will lead the team for the next two years is yet to be seen, but it could be easily argued taht you may as well give him the chance.

What about Wes Lunt’s NFL chances?

Oh yeah. Some still believe this guy has NFL capabilities. With his big frame, bigger arm, poise in the pocket and composure: You’ve all heard it a thousand times. It needs to be considered.

What would happen to those NFL chances if Lunt rode the bench all season?

How could you do that to a player who’s given this program so much? Plus, this season is essentially meaningless, so why wouldn’t the Illini give Lunt a chance to prove himself to NFL scouts?

There’s so much to consider in this debate. I don’t want to come off as a Lunt-defector, because I’m certainly not one, but my point is this: Chayce Crouch’s play Saturday deserves a second look.

All things considered, I still expect Lunt, once he’s fully healthy, to take the reigns of this offense for the rest of the season. I also expect Chayce Crouch to have an expanded role as the season moves along. He proved that he can be an impactful player. Offensive coordinator Garrick McGee will find ways to get him involved in the offense, no doubt.

There is certainly a case to be made for Chayce. But at least for now, it seems like the Illini will roll with Lunt.

Kevin is a junior in Media.