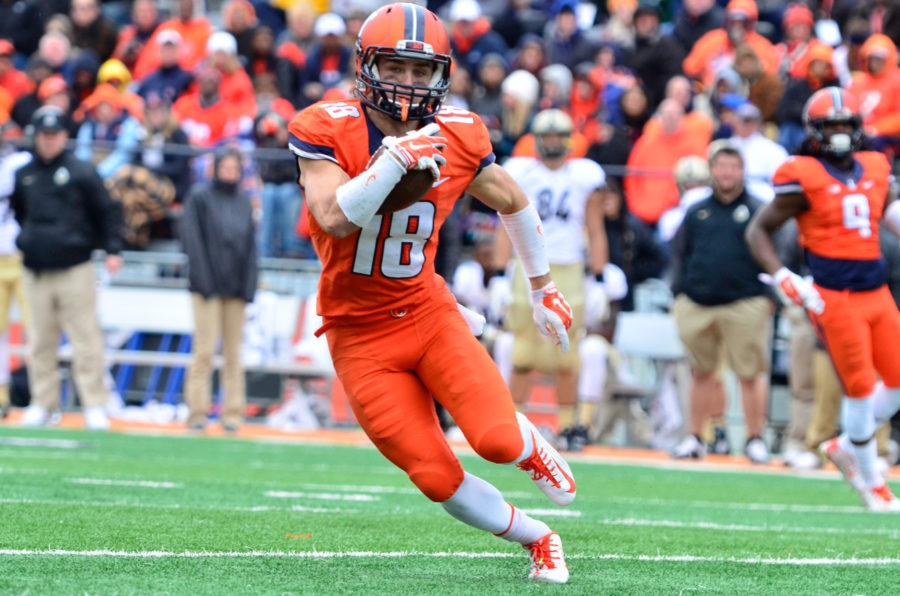 Illinois wide receiver Mike Dudek will not suit up for the Illini this season.

After tearing his right ACL for the second consecutive spring, Dudek will be shut down until the beginning of next season.

“I don’t think at this point it would be worth it,” offensive coordinator Garrick McGee said. “We want to keep him healthy and we’re in the process of building us a program. A healthy Mikey with Malik (Turner) coming back, with Desmond (Cain), with the recruits we’re gonna bring in — could be a really talented crew.”

Dudek hasn’t played since his freshman season, during which he compiled 76 catches and 1,038 receiving yards, which were each good for tops in the Big Ten.

According to Scout.com, Dudek’s father, Rick Dudek, confirmed Monday that the former Freshman all-American won’t attempt a comeback this season.

“I don’t know that we would take a risk with Mikey right now,” McGee continued. “We just want him to be healthy going into next season.”