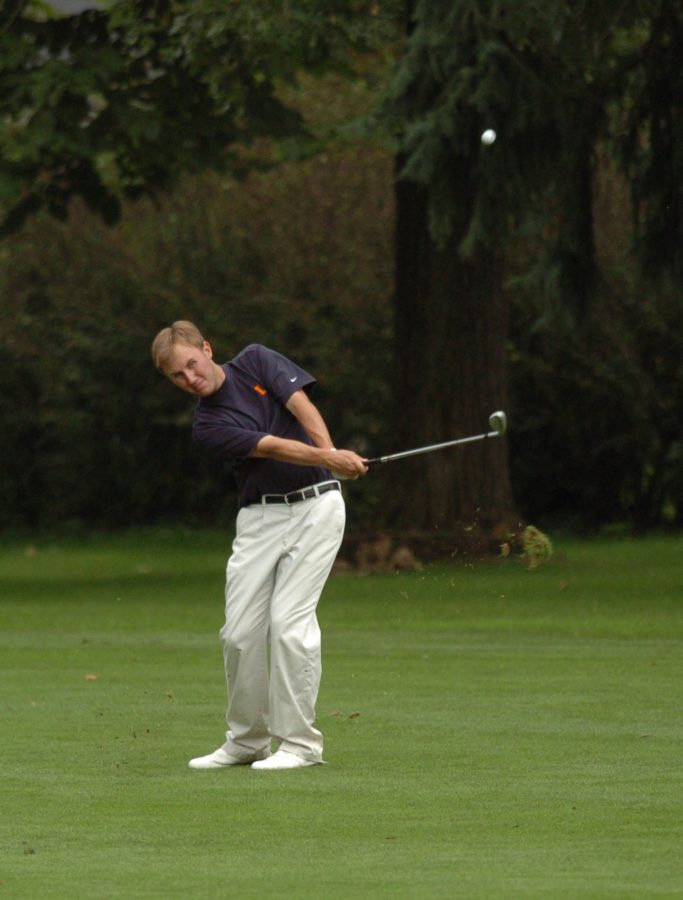 Illinois men’s golf will wrap up their fall slate at the East Lake Cup in Atlanta, Georgia, starting Monday against No. 3 Vanderbilt, No. 15 Oregon—the defending champs—and No. 23 Texas in an event televised on the Golf Channel.

“It’s a special event,” Small said. “The format is good for getting ready, in case we make match play again or when we make match play again, which is always a positive thing. You can’t have many tournaments during your year like this because it’s a stroke play sport until the last two days of the season. The uniqueness of it is that it rewards the final four teams from last year.”

The Illini are looking to bounce back after tying for eighth at the Tavistock Collegiate Invitational last week.

“We got beat up pretty good, but again it was a different golf course, a different terrain and it was a learning experience,” Small said.

Junior Dylan Meyer echoed his coach, saying that the Illini were not in the proper mind set to continue their dominance in the fall season.

“We just didn’t have the mental attitude we usually had going into a tournament,” Meyer said. “You can’t be perfect every tournament, every single day. This is just a bump in the road, we’re going to bounce back at East Lake. Everyone is focused in practices, getting things done, getting into a routine again.”

The field at East Lake will arguably be the toughest Illinois has faced all fall, as it consists of the final four teams from last year’s NCAA Tournament. Illinois’ competition is battle-tested, as Oregon defeated Texas in the NCAA Championship and Vanderbilt made the quarterfinals.

“I don’t think the competition is affecting any way we prepare,” Meyer said. “We play against the best competition there is, we get into the best tournaments, Coach puts us in that position.”

After a week of preparation, sophomore Edoardo Lipparelli is confident that Illinois can get back on track at East Lake and secure a positive result to end the fall season.

“I think it is going to be a great challenge for us and we are working hard for it,” Lipparelli said. “We are definitely more prepared for this now than we were for Isleworth with our mindset.”

For Lipparelli, keys to a good finish at East Lake will be working hard and managing to earn solid scores from top to bottom, even if they do not play their best golf.

“We have to keep working hard as we have been doing since the beginning of the fall,” Lipparelli said. “There is some stuff that we can sort out in our games to make it better when we have bad days. When we have good rounds, we all shoot good scores, but we need to make our bad days better.”

Meyer believes the Illini will have extra motivation to round out the fall season on a positive after last weeks’ disappointment.

“I think we are going to have a chip on our shoulder again and hopefully we can defend,” Meyer said.