A day in the stands with my dad 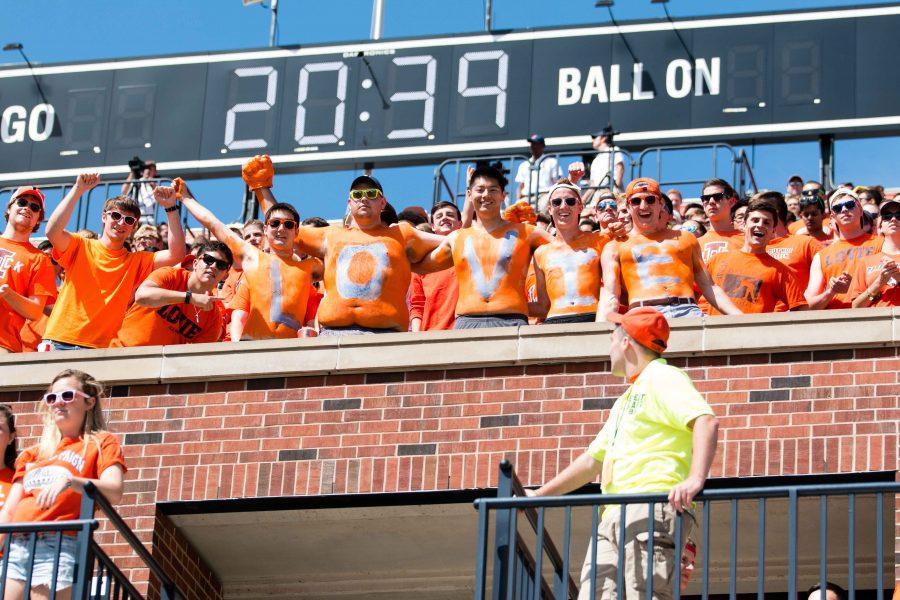 Members of the Block I student section with "Lovie" painted on their chests pose for a photo before the game against Murrary State at Memorial Stadium on Saturday, September 3. The Illini won 52-3. 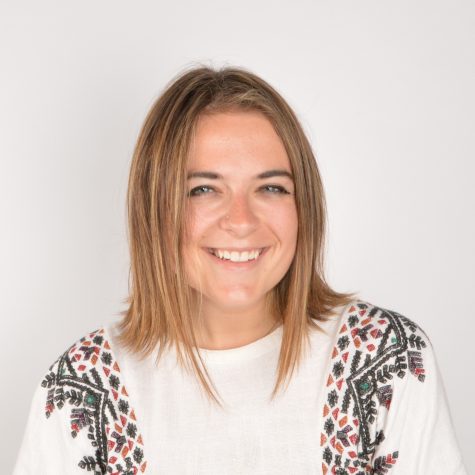 I sat in the stands of Memorial Stadium for the first time since my freshman year on Saturday, watching Illinois football.

I went to every game my first year, but my dad couldn’t make it down for that Dad’s Day weekend.

After that, he’d come down, but I’d be up reporting in the pressbox, only seeing him at the half, then maybe dinner after the game and before he went home.

This year, however, we both sat together in the student section, me struggling to cheer for a team that I’ve been unbiased for and him shouting loudly as if players and coaches could hear him.

It’s just like when I’m home watching games with him before I came to school. Him, loud as he could be, and me, slightly embarrassed to the point where I joked I’d get him a referee jersey for Christmas.

I could understand his frustration, but this is a team I’ve been closely following for three years, and every time Illinois screwed up, I wasn’t surprised.

What I saw was the same Illini team I’ve watched from up higher, albeit this time only at a closer distance.

The offense still struggled, not putting any yards on the board until late in the second half. Kendrick Foster was the highlight and Jeff George Jr. didn’t get anything going until his final drive of the game.

But better late than never; he at least demonstrated composure in the moments that mattered most. On Illinois’ last scoring drive, George threw for every play minus one rush from Foster.

On the other hand, the defense was impressive given the time of possession. Michigan State had the ball for 41 minutes compared to Illinois’ 18.

The Illini defense was tired but stopped the Spartans in their crucial last minute drive.

My dad got the Illini win, and I got my game with my dad.

From him screwing up card stunts to singing “Hail to the Orange” at the half and after the win, I felt like the typical college student for once.

Three years after I started going to games, it’s weird to think this is my last year as a student. Because I’ve covered the team for so long, I don’t really feel like a real fan anymore.

And the next time I’m in the stands, singing along to “Hail to the Orange,” I’ll have graduated and maybe Illinois will have a win against a team that matters.