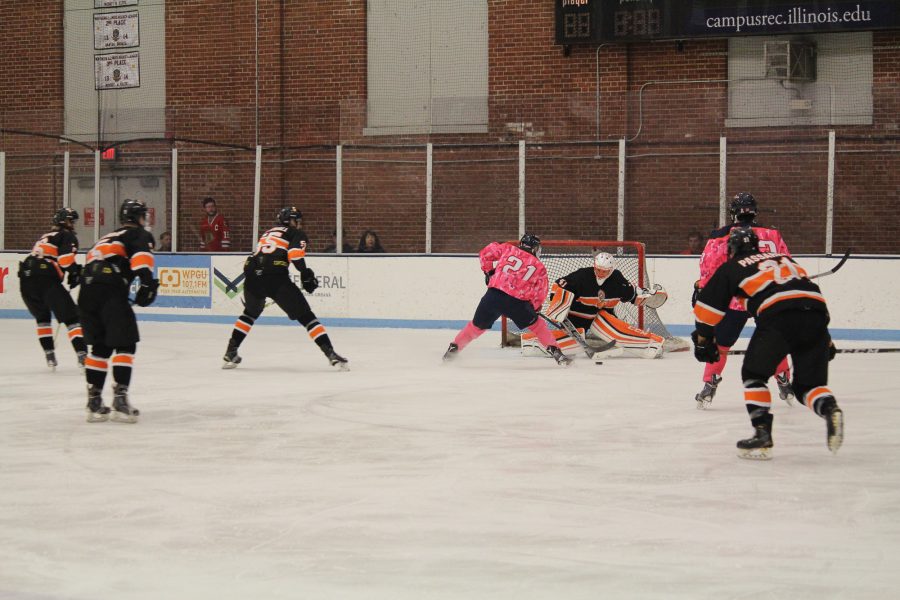 Illinois’ hockey head coach Nick Fabbrini has already called in sick for the Illini’s home games against Indiana University on Jan. 27 and Jan. 28.

“It’s definitely an honor to be able to represent my country and be a part of the tradition here at the University,” Fabbrini said.

The United States Men’s National University team is composed of players who compete collegiately in the American Collegiate Hockey Association (ACHA), according to USA Hockey.

Fabbrini says the Illini are typically very well-represented on the team, dating back to his days as a player in the mid-2000s. He said several current Illinois players have a shot at making the team.

“We have a couple of guys definitely on the watch list, so it’ll depend on how they perform the next couple of weeks here,” Fabbrini said. “But there are a few of our guys who are definitely under consideration.”

“I actually got added to the coaching staff a little bit late,” Fabbrini said. “I got a call sometime near the end of September asking me if I’d be interested in going. Obviously, that answer was yes.”

Forfar turns in strong performance over the weekend

“It was nice to see (Forfar) going like that,” Fabbrini said. “We’re hoping he can carry that into more important games where we definitely need him to chip in offensively.”

While Forfar has played alongside junior forwards Eric Cruickshank and Grant Stueve in recent games, Fabbrini praised Forfar for more than just his ability to score.

“He does a lot of other things to help our team win games besides just scoring goals like he did this weekend,” Fabbrini said. “He plays in all situations and he plays hard, so it was nice to see him get rewarded.”

Forfar has 10 points and five goals through 14 games this season.

Despite lackluster record, Missouri Lions are formidable opponent for Illini this weekend

Illinois hockey has a familiar opponent this weekend when it travels to Wentzville, Missouri to face off against defending-ACHA champion Lindenwood.

Fabbrini said Lindenwood’s underwhelming record is a result of head coach Rick Zombo creating a challenging schedule for his team.

“(Being under .500) is just a product of their schedule,” Fabbrini said. “They get better every weekend, and that’s something you can definitely count on.”

“It’s going to be key for us to limit our mistakes,” Fabbrini said. “They’re very well coached, and they don’t beat themselves.”