One more for Illinois football’s Lunt 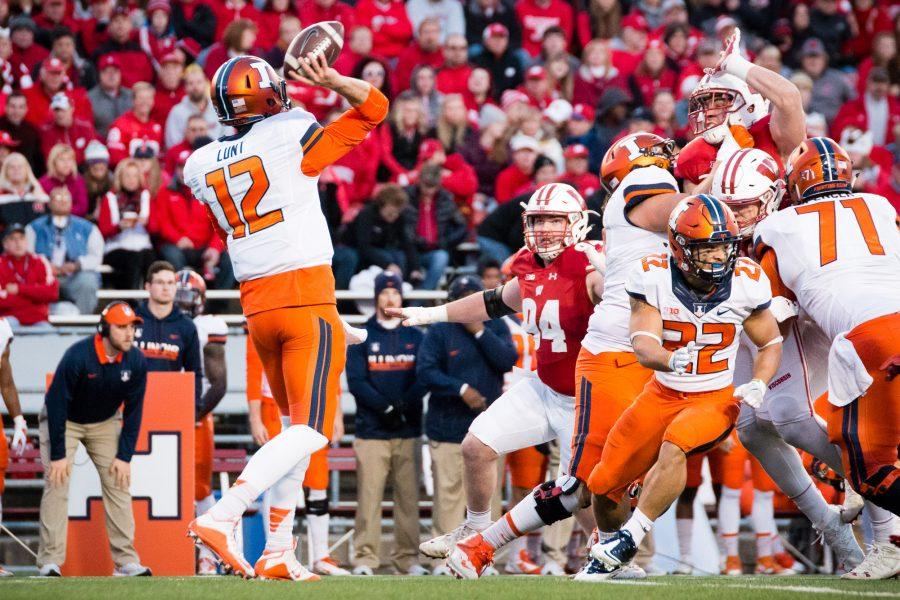 Illinois quarterback Wes Lunt (12) throws a pass during the game against Wisconsin at Camp Randall on Saturday, November 12. The Illinil lost 48-3. 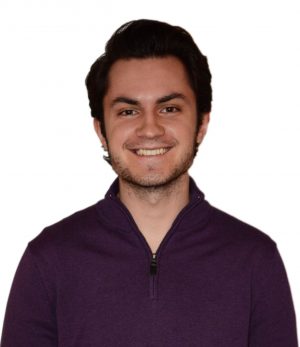 On Saturday afternoon, in Wes Lunt’s final game at Memorial Stadium, he will likely go out in the same way that he came: quietly and underwhelmingly.

A nearly perfect quarterback-specimen, Lunt is tall, strong-armed, tough, poised — “he looks like an NFL quarterback” is a phrase we’ve heard a thousand times.

I was a Lunt-loyalist for some time. If you frequently come to this space or have listened to “Illini Drive” over the last year, you’ll remember me saying, “He will be better” countless times.

I was wrong. Instead, No. 12 has mostly been quiet and underwhelming throughout his career.

What wasn’t quiet, what was not underwhelming, was the circus that surrounded the Illinois football program during Lunt’s time here. He faced adversity in the form of the Tim Beckman allegations, coaching turnover (he’s had three head coaches and three offensive coordinators in three years), an often beat-up and struggling offensive line — and don’t forget his receiving corps, which has been marked by injuries and butterfingers.

However, amidst the craziness, Lunt has always been quiet and underwhelming.

A notable reporter asked Lunt at Monday’s press conference if he ever plays the “what if?” game. Does he ever wonder what would have happened if he didn’t transfer? If he hadn’t chosen Illinois?

He remarked that if he could, he wouldn’t change a thing. And that he feels blessed to have been given the opportunity to play the game he loves.

His answer was heartfelt and genuine, but it made me pause a moment and think to myself, “What if?”

If the reporters think about it, it’d be naive to think he hasn’t. Just a thought.

But now, back to Iowa. They’re a team that’s riding high after an unimaginable upset over Jim Harbaugh’s undefeated Michigan. Illinois’ best chance to win would be if Kirk Ferentz’s squad is still hungover from their celebration.

For the Illini seniors, and more specifically for Wes Lunt, this seemingly meaningless early-November game is anything but. It matters. It’ll be the seniors last chance to play in front of an orange and blue crowd.

However sparse the stands may be, don’t think this one won’t be special.

To Lunt, it might be too little too late.

He was never the quarterback that many thought he could be. Whether it was due to injury, Reilly O’Toole taking his spot, or the madness surrounding the program, he just never panned out.

But Saturday, he has a chance to put all of that aside for a moment and create a lasting memory for himself and for Illini fans everywhere: “That time we beat Iowa on Senior day…”

Regardless of Iowa’s lackluster 6-4 record, it would still be special.

He could go out with a bang. He could show off that big arm, sling the ball around the field, pump his fist and storm the field after upsetting Iowa on Senior Day.