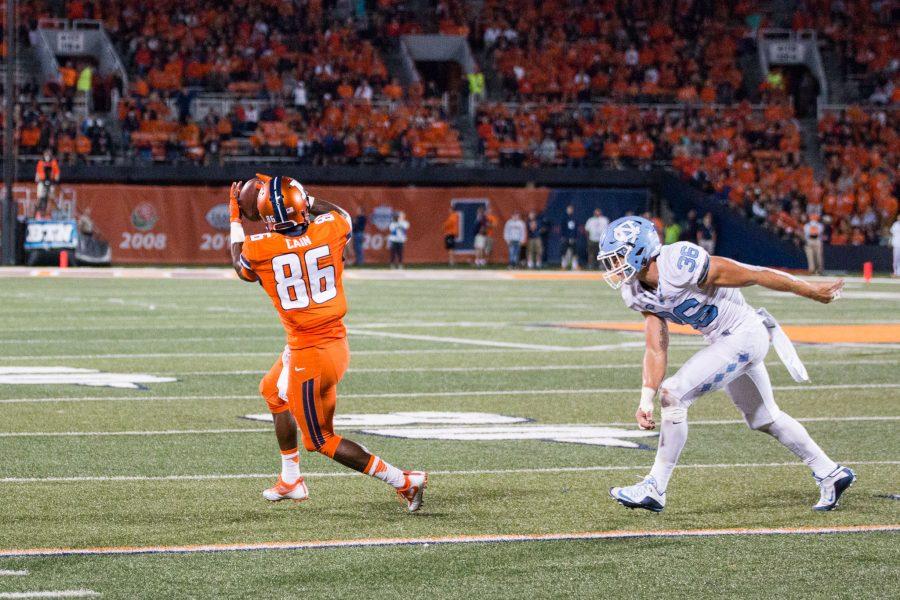 Illinois wide receiver Desmond Cain (86) catches the ball during the game against North Carolina at Memorial Stadium on Saturday, September 10. The Illini loss 48-23.

Desmond Cain is no longer an Illini.

The sophomore wide receiver took to Twitter on Thursday to announce his decision to transfer and use his final two years of eligibility at another program closer to home.

“After talking it over with my family it’s best to move closer home to finish off my next few years in college! Thank you Illini! Has been amazing these two years I’ve been here and thank you for the major support GO ILLINI!”

The Florida native labored through a injury-riddled 2016 campaign and saw his offensive role diminish under Lovie Smith and the new coaching staff. He had just five catches for 61 yards and one touchdown in five games this season.

He broke out as a true freshman under former head coach Bill Cubit, during which he hauled in a pass in all 12 games he appeared in and finished the season with 53 catches and 492 yards.

Illinois has four verbal commitments from receivers in its 2017 recruiting class.