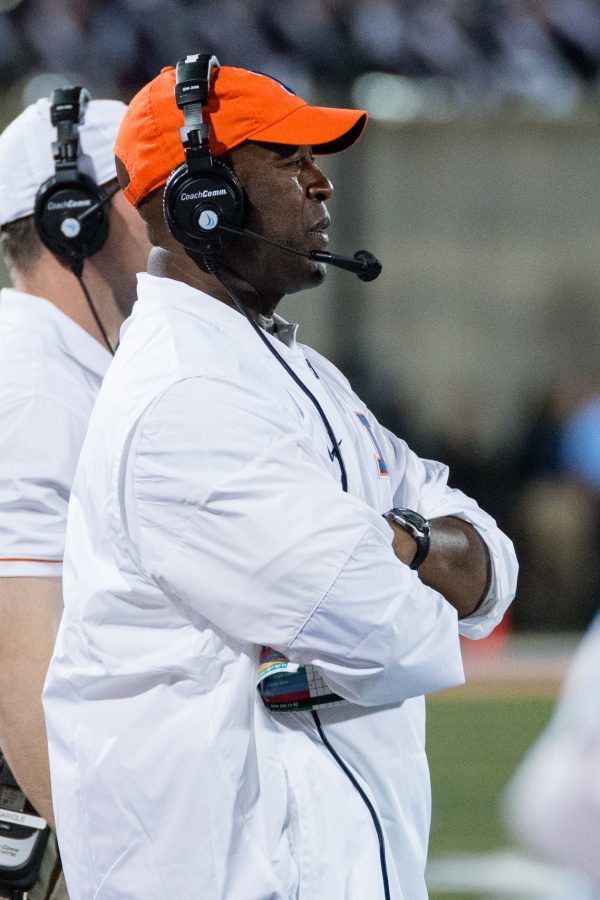 Illinois head coach Lovie Smith watches his team from the sidelines during the game against North Carolina at Memorial Stadium on Saturday, September 10. The Illini loss 48-23.

Proud to say Imma be marching out with these boys next fall to Memorial stadium ‼️🔥💯 pic.twitter.com/rg8O1Whxax

Lawson was a four-star recruit coming out of high school and was considered the nation’s seventh-best dual-threat quarterback by Rivals.

The sophomore is a JUCO product who played in limited action at Virginia Tech.

Lawson is eligible to play for the Illini in the 2017 season.

Redshirt freshman Jeff George and sophomore Chayce Crouch filled in at quarterback when starter Wes Lunt was injured during this season. Lawson will compete with the two quarterbacks for the starting position in the spring.