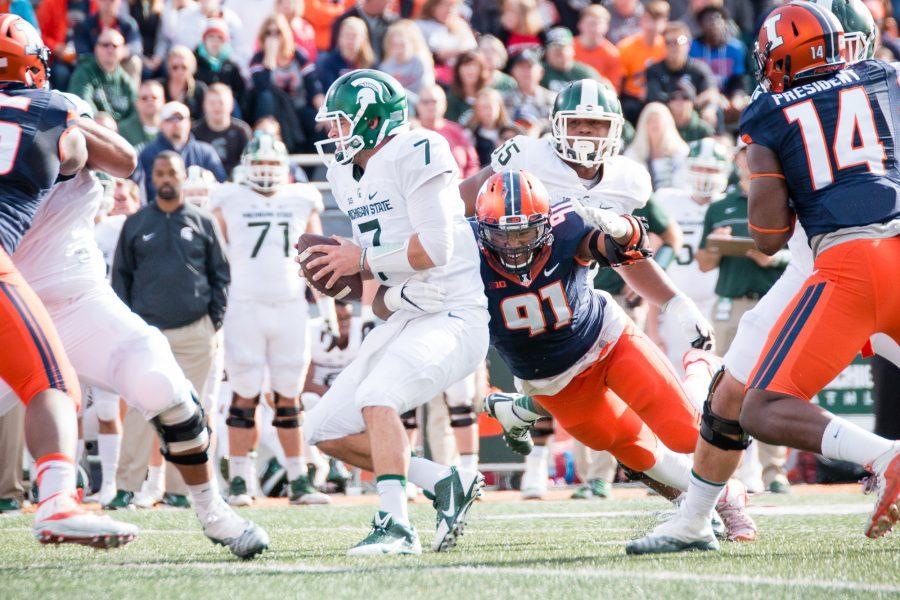 Six Illinois football players were named to All-Big Ten teams at the conclusion of the 2016 season.

Phillips is the first Illini to make an All-Big Ten first team since Whitney Mercilus in 2011. In his first season as a full-time starter, Phillips broke out for 56 tackles, 20 tackles for loss, nine sacks and a forced fumble. He tied Simeon Rice and Moe Gardner for the fifth-most tackles for loss in a single season in program history and finished second in the nation in solo tackles for loss.

Smoot also finished with 56 tackles, which was a career high, and tallied 15 TFLs and five sacks. His 38 career TFLs are the 16th most in the Big Ten since 2005. Smoot leaves Illinois with the sixth-most TFLs in school history.

In his first and only season with Illinois, Nickerson led the team and was fourth in the Big Ten with 107 tackles and racked up double-digit tackles in seven different contests. He also had two picks and two sacks. Watson trailed only Nickerson for the team lead in tackles.

Turner emerged as the foremost Illini receiver and put up career highs in receptions (48), receiving yards (712) and touchdown catches (6). He finished in the top 10 in the conference in all three of those categories.

Spencer ended his decorated career with the Illini with his 37th career start at Northwestern. He was also a finalist for the Big Ten Sportsmanship Award.