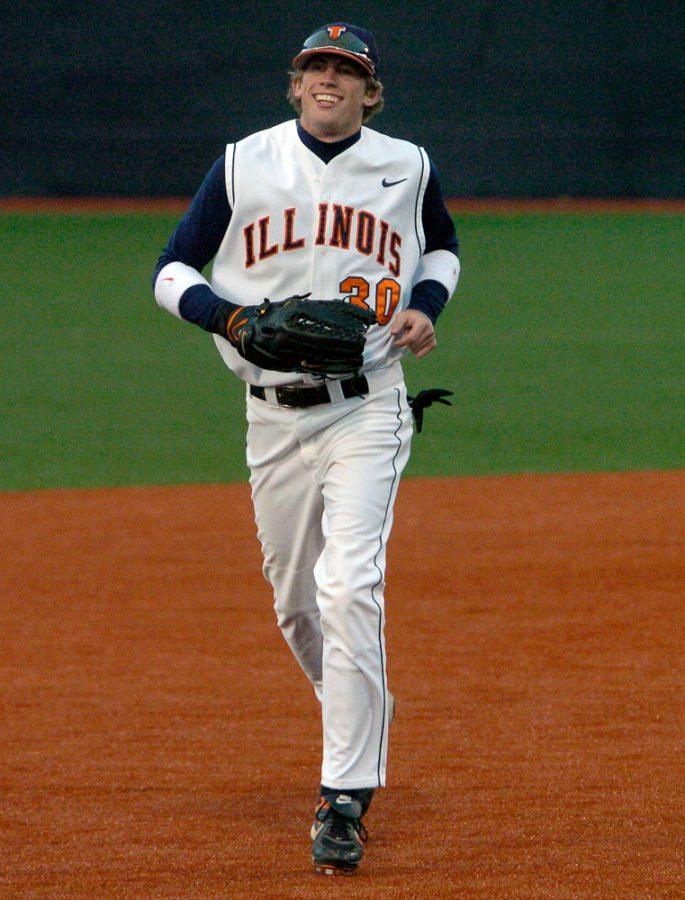 Illinois' Kyle Hudson jogs back to the dugout at the game against Illinois College on Wednesday April 9 2008.

The Hillcats are a single A affiliate of the Cleveland Indians, an organization coming off a World Series appearance last season.

The Illini compiled 78 wins during Hudson’s two years on the coaching staff. The team won a program-record 50 games in Hudson’s first year, including an NCAA Super Regional victory.

The former Illini also completed his undergraduate degree during his time as a coach.

Hudson is a three-year letterwinner for the Illini in both football and baseball from 2005-2008. He ranks second in Illinois baseball career batting average (0.376) and third in career steals (66).

The outfielder was drafted by the Baltimore Orioles in 2008 and was called up to the major leagues in 2011. The Texas Rangers, Tampa Bay Rays, Philadelphia Phillies, Los Angeles Dodgers and Los Angeles Angels all signed him to minor league contracts during Hudson’s playing career.