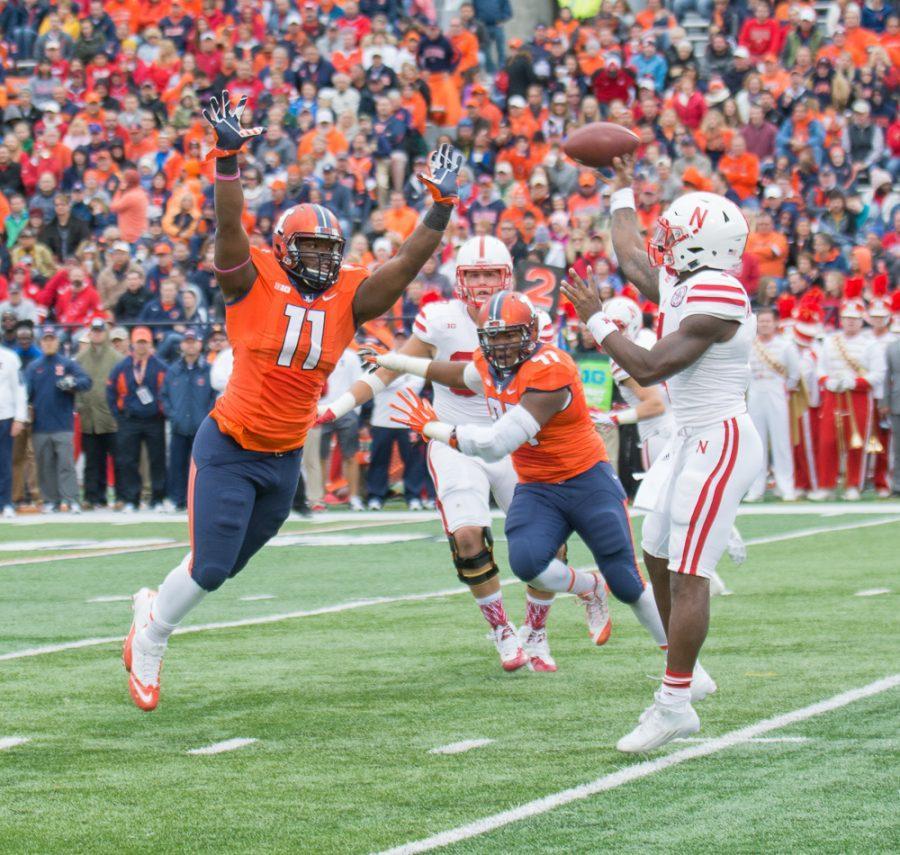 So it should make sense when Davis — a speedy 6-foot, 195-pound sophomore — is seen returning punts during practice with the likes of Illinois’ receiving core: Carmoni Green and Malik Turner.

But Davis is actually just a versatile quarterback.

The Florida native practiced at safety, wide receiver and quarterback last season, and he is trying to return punts this spring.

“They really trust me (on the punt return team),” Davis said. “I don’t really know what to say because I’m a quarterback, not a punt returner. It’s a cool thing to do, and it’s going to be a good experience when the game comes, and I’ll be ready.”

With Lunt graduating and out of the picture, Davis and Miller finally have picked up more repetitions with the playbook during spring ball.

Miller, a rugby and football player at Brother Rice High School, worked mostly with the scout team last year. He said his only interaction with the first-team offense was in positional meetings.

“Being a walk-on, I didn’t really get to learn the offense as well as I would have liked to in the fall,” Miller said. “This is my time to break it down step-by-step and learn the offense to the best of my ability.”

Offensive coordinator Garrick McGee praised Miller and Davis for their versatility and abilities to learn the position.

He said they are still lacking the necessary repetitions in practice.

The trio threw for 2,095 yards and 13 touchdowns over 12 games; they tossed nine interceptions the entire season.

“They’re all great decision makers,” Miller said. “That’s what I have to start to acquire in my game, and I have to learn from that.”

McGee said there will not be a starting quarterback named until closer to the regular season opener Sept. 2 against Ball State.

The competition will remain open to the four current quarterbacks on the roster as well as Illinois commit and JUCO transfer Dwayne Lawson.

As the group looks to battle it out, Davis is still looking to strengthen his skill set this offseason, whether he will be in the pocket or returning punts.

“I need to improve on my ball handling, ball security, throwing the ball, footwork, getting stronger, faster,” Davis said. “That’s what I’ll be doing before the season. I’ll be working hard. I’m going to be ready.”