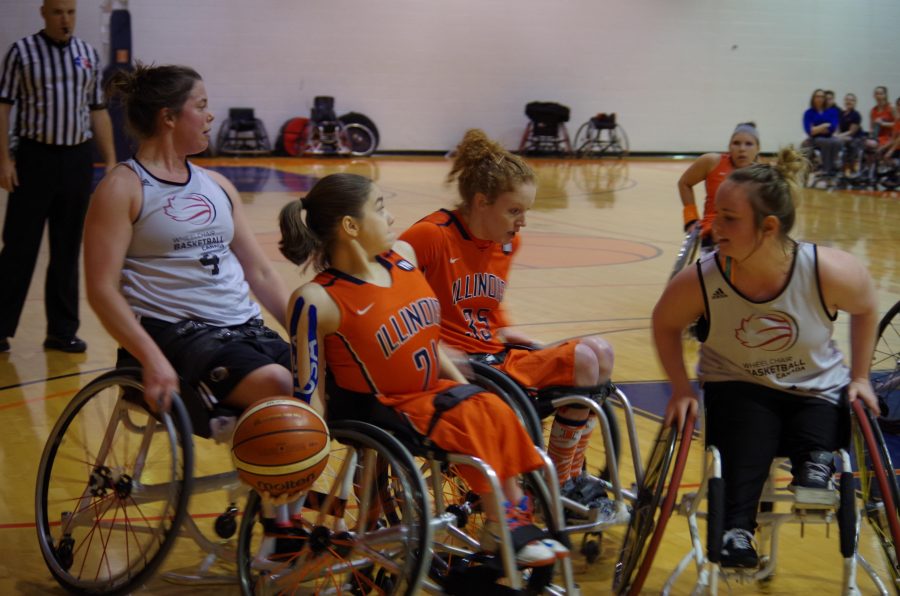 The Illinois women’s wheelchair basketball team finished the season with a 1-11 intercollegiate record, but team members plan to try their best in the playoffs.

The members of the Illinois women’s wheelchair basketball team are starting to echo each other as the playoffs approach.

Illinois enters the National Intercollegiate Wheelchair Basketball Tournament as the No. 4 seed in a bracket of four teams. The team, which finished the season with a 1-11 intercollegiate record, will be matched against top-ranked University of Texas at Arlington — led by gold medalists Abby Dunkin and Rose Hollermann in the first round.

Hollerman, who won gold at the Rio 2016 Paralympics, is taller than any Illini and can run a half-court offense. Wilson is expected to defend Hollermann.

Illinois has played UTA two times this season, so the team knows what to expect.

Wilson had a similar explanation.

“(We want to) play in the moment and just make every second on the floor count and play like it’s our last time playing,” Wilson said.

Illinois finished its last practice at home Tuesday morning. The team will have a chance to practice in Whitewater on Wednesday night before the first round of the playoffs Thursday.

The game will start at 2 p.m CST.  No matter the outcome, Illinois is guaranteed to play one more game.