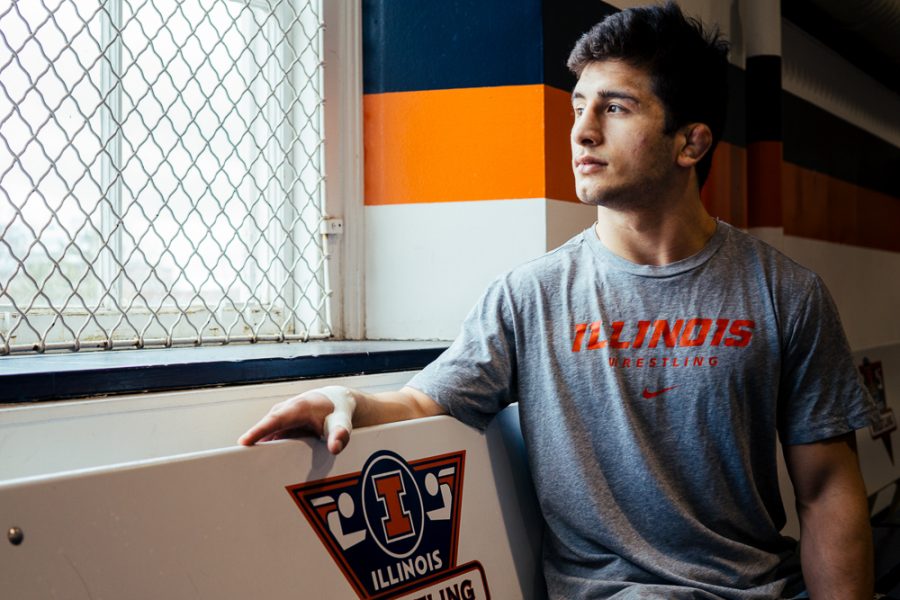 Whenever Isaiah Martinez talks about wrestling, one word always seems to come up: legacy.

Once again, Martinez added to his already impressive legacy on Sunday, defeating No. 2 Logan Massa for his third Big Ten title in three years and his first in the 165-pound weight class.

“Legacy is everything to me,” Martinez said.

While there can be debate about where Martinez ranks in the grand scheme of NCAA wrestling, in Champaign, he continues to cement his place atop the ranks of Illini wrestlers.

While Martinez may seem to be cruising along — having yet to drop a single match this year — he said that this third Big Ten title was more of a test than it looked.

“The easiest one is the first one… the third one is all about consistency,” Martinez said.

Consistency is something that Martinez is no stranger to. He said he’s a perfectionist, obsessing over every part of his preparation.

That preparation is what has turned Martinez into one of the most prolific and feared wrestlers in NCAA history, and it’s what Martinez attributed to the fact that he’s never lost in a major tournament.

While some may say that Martinez has a natural flair for the dramatic, he disagrees.

“There’s no such thing as the clutch gene,” Martinez said.

Along with that preparation, he said that he has been thinking about this for a long time.

“You grow up in this sport… you envision being in these situations that I’m in now, and maybe not quite believing that you’ll be there because it’s so surreal,” Martinez said.

Now, it’s real for Martinez, and he has a chance to tick off another box later this month in St. Louis where he will try for his third NCAA title.

He will likely face a similar group of wrestlers in the NCAA tournament after beating the No. 2, No. 3 and No. 4 seeds in the Big Ten tournament and in the regular season.

“The Big Ten conference is by far the toughest conference for wrestling in the country,” Martinez said. “It’s essentially the same old, same old.”

Martinez said that familiarity brings him confidence. The same confidence that has let him sit atop the Big Ten for as long as he’s been there.