Illinois softball to play in the Clearwater Spring Break Classic 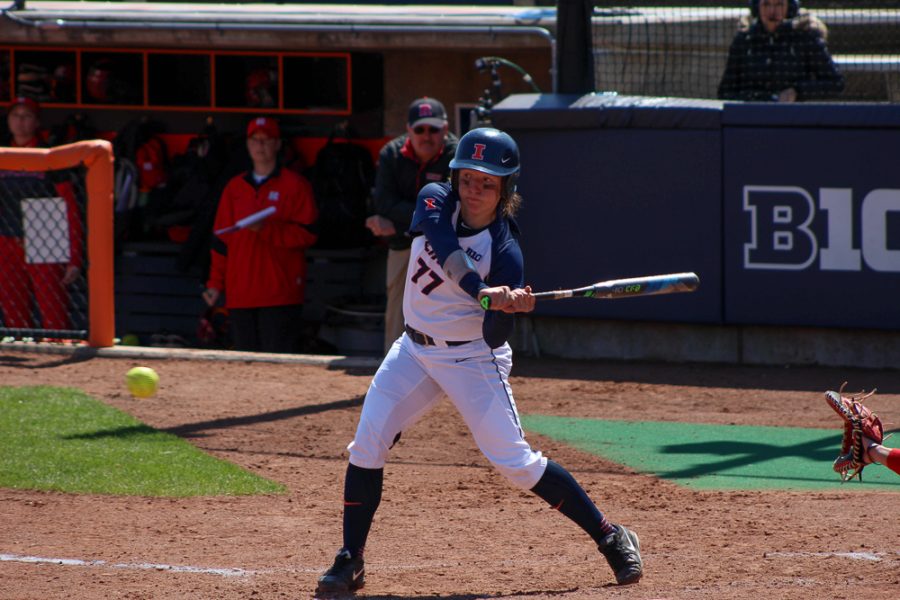 Brian Bauer the daily illini Illinois' Stephanie Abello bats in the game against Rutgers at Eichelberger Field on Sunday, Apr. 3, 2016

Illinois softball will be playing some of its last non-conference games of the season when it competes at the Clearwater Spring Break Classic in Tampa this weekend.

The team is coming off a 5-1 loss to Missouri last Wednesday, making the Illini 0-4 against ranked opponents this season.

“They’re ranked in the top 25, and that’s where we’re trying to get; we’re just not there yet,” head coach Tyra Perry said. “There’s not a big difference between them and us.”

The Illini have been outscored 30-7 in the five games they have played against ranked opponents.

Illinois has a big matchup this weekend against No. 4 Auburn at the tournament.

Sophomore Stephanie Abello has emerged to be a clutch hitter for the Illini over the last week. Abello had a game-winning single in the team’s game against Florida Atlantic while also hitting the go-ahead home run in its last game against Troy.

“The team works hard to fight for every single win, so when you go up to the plate, you just want to do it for them,” Abello said. “We’re all just trying to work for the team at the end of the day.”

On the mound, sophomore Taylor Edwards has been one of Illinois’ best pitchers this season, bolstering a 7-3 record with a 2.10 ERA.

“I’ve learned to slow the pace of the game down,” Edwards said. “I come out with high energy, but I still try to keep it under control.”

Perry said she will look to experiment with some different lineups going into Friday’s matchup against LIU Brooklyn.

“We’re going to be looking to get in a lot of different kids (this weekend because) when we do get into Big Ten play on the road, we can only travel with 20 players,” Perry said.

“Hopefully we can get a good look at a couple different lineups and options.”

Even with the possible lines changes, Edwards and Illinois will still be looking forward to its matchup against Auburn.

“It’s a good test for us to see where we’re at team-wise,” Edwards said. “Just getting to face one of the top teams in the country is always fun.”