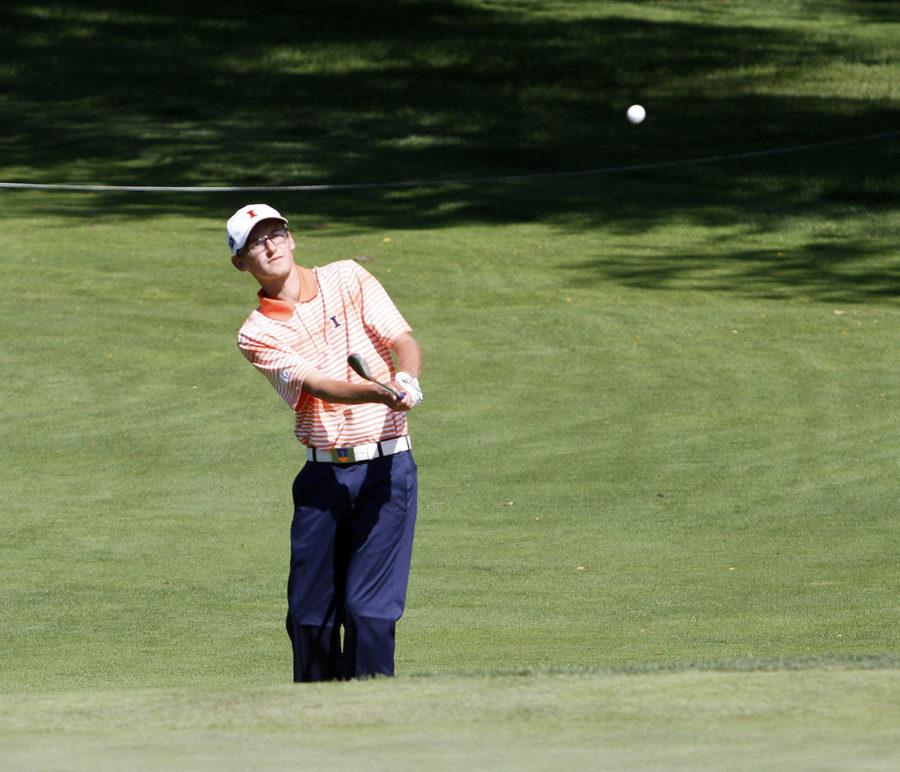 The start to the spring season has not been exactly what the No. 6 Illinois men’s golf team had in mind: two tournaments, no titles.

The last time the team competed was against one of the toughest fields it will face all year —10 ranked teams were in the mix. But junior Dylan Meyer said the Illini will not be satisfied with eighth place finishes, expressing dissatisfaction with his own play as well.

“I didn’t play very well; I putted not like myself,” Meyer said. “But it was definitely positive to see my ball-striking come along the way it was, but it was just unfortunate that I couldn’t capitalize on the greens like I normally do and have in the past. It’s just something to work on here going forward.”

The rest of the Illini echoed Meyer’s concerns about their short games.

Freshman Giovanni Tadiotto and junior Nick Hardy each stressed how crucial improving short-game situations will be to their success when they travel to San Antonio for the Lone Star Invitational, which will be contested March 20 and 21.

Assistant coach Zach Barlow and head coach Mike Small have been examining players’ techniques on their wedge shots and puts. Barlow said the enhancements may cause some discomfort in the short-term but will hopefully pay off din the future.

“Technique short-game-wise is a lot of it,” Barlow said. “It doesn’t feel correct and they may not trust it, but it’s the correct technique. Sometimes they struggle with confidence when you alter their technique a bit. I think repetition, practice and we’ll be there come nationals.”

For Meyer and his teammates, getting a week and a half to practice and catch up in school between tournaments is a nice change, especially after only having two days between traveling to Louisiana and Las Vegas for their last two competitions.

“I think it’s good to take a breath and settle down,” Meyer said. “Going to Louisiana and two days later going back out to Vegas, it’s quick trips. Things like that, especially for the freshmen, are kind of hard with school and with this being springtime.”

Meyer said that travel can take a toll on the younger members of the team if they do not stay ahead in the classroom.

Tadiotto agreed with Meyer that the break between competing was opportune, and he is determined to improve in San Antonio and bolster the team’s score.

“I want to be useful for the team; my last tournament wasn’t good, so I felt bad that I didn’t help the team as I wanted,” Tadiotto said. “I know if I help the team, I’ll help myself, so thinking about giving my best for the team and bringing a good score for the team will be good for me individually, that’s the way I’m thinking.”

Hardy said that earning a positive result at the Lone Star Invitational will come down to shoring up the short-game and playing confidently.

“If you look at the stats — numbers don’t lie — our short-game stats are not as good as they should to be to win tournaments,” Hardy said. “We’re working on that right now, so that’s definitely a key factor going into San Antonio. I think it’s important to be confident in all aspects of our game and play fearless golf.”