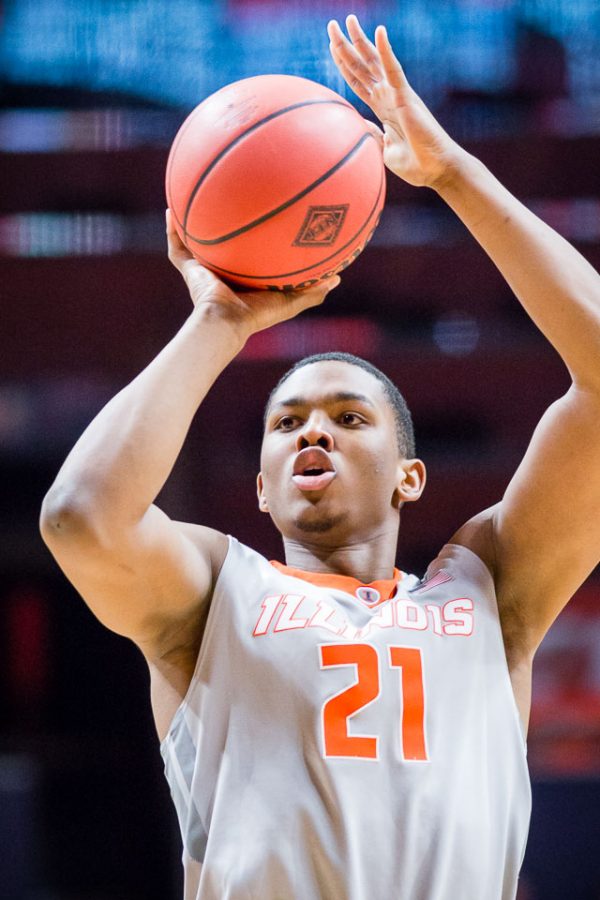 For the first time in school history, Central Florida played in front of a sold-out crowd. The game could not be played at the State Farm Center because of a scheduling conflict.

Central Florida got off to a quick start in the first half, leading 11-3 four minutes into the game. The Illini failed to establish a similar rhythm early on as they had in their previous NIT bouts. Sophomore Jalen Coleman-Lands uncharacteristically shot multiple air balls, and Illinois could not get into much of a flow on offense.

The Illini also had problems with the Knights’ 7-foot-6 Tacko Fall. The center hauled in 10 rebounds and blocked three shots.

Illinois trailed by 19 points with 11 minutes to play in the second half. The team began to chip away at that lead, forcing turnovers and connecting on 3-pointers to crawl back into the game.

Malcolm Hill did as much as he could to bring the Illini back into it, scoring 29 of the team’s points.

After two Hill free throws, Illinois was down six with 2:30 left in the game.

Central Florida knocked down many of its free throws down the stretch, proving too much for Illinois. The 10-point defeat is the last game for seniors Hill, Tracy Abrams, Mike Thorne Jr., Maverick Morgan, Alex Austin and Jaylon Tate.

The Knights will travel to Madison Square Garden for the NIT semifinals, where they will take on No. 4 TCU on March 28.