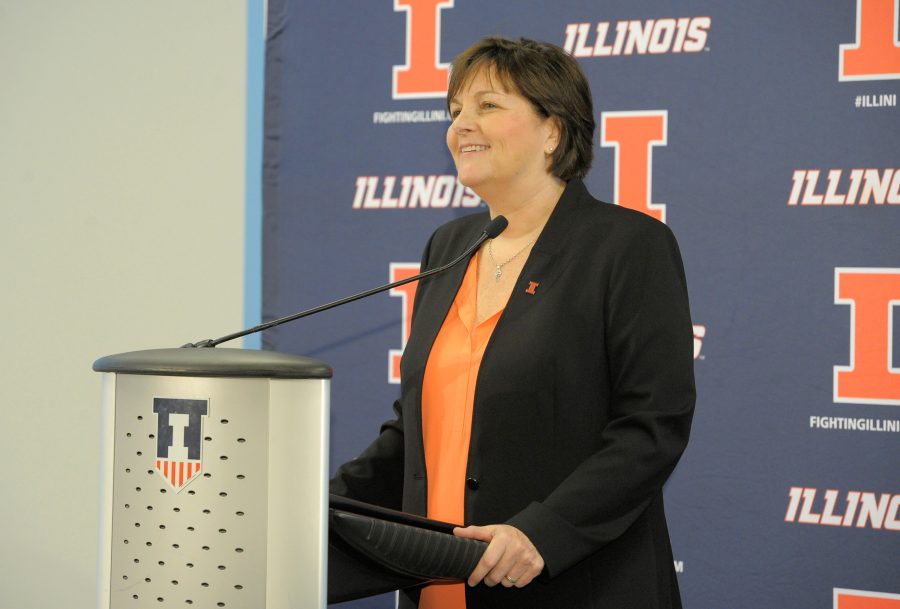 Nancy Fahey is the new head coach for Illini women’s basketball after coaching for 31 years at Washington University in St. Louis.

Illinois Director of Athletics Josh Whitman made the announcement Wednesday morning. Fahey is the second head coach hired in the last five days for Illinois athletics, completing a full makeover of men’s and women’s basketball leadership.

Fahey is a member of the Women’s Basketball Hall of Fame and will be the ninth head coach in program history. She spent 31 years at Washington University, going 737-133 and leading her teams to 29 Division III NCAA tournaments.

“It is such an exciting time in Illinois athletics since Josh has taken the helm,” Fahey said in a press release. “Having worked with Josh, I know he believes in doing things with integrity and the right way; I believe in the same things. I want to be a part of helping his vision become a reality. The cornerstone for the success I have experienced in the past has always revolved around the players. Knowing them as people and understanding their dreams and goals both on and off the court are important to me.”

Illinois finished the 2016-17 season with an overall record of 9-22 and tied for the worst record in the Big Ten.

Former head coach Matt Bollant coached five seasons at Illinois, but his only winning season was his first. The Illini finished 19-14 and 9-7 in conference play but have posted a 13-55 record in the Big Ten since his inaugural season.

Despite having one year left on his head coaching deal, Whitman decided to part ways with Bollant after an underwhelming tenure. The University will still pay him the remaining $450,000 left on his contract.

The Illini haven’t made it to the NCAA Tournament since 2003 and won their lone Big Ten regular season title back in 1997.

Illinois went on an 11-game losing streak during the regular season but showed promise in the Big Ten tournament. The team earned its first Big Ten tournament victory since the 2010-11 season with a 79-70 victory over Nebraska.

Fahey will take over a team with only four upperclassmen next season but will also have an opportunity to build the program around its promising underclassmen.

Brandi Beasley was named to the Big Ten All-Freshman Team, freshman Petra Holesinska led the team with 54 made 3-pointers, and freshman Ali Andrews shot nearly 40 percent from beyond the arc.

Come November, Illinois will also have two of its top playmakers return fully healthy. Sophomore Alex Wittinger led the Illini in scoring, posting 14.4 points per game, but missed the postseason with a finger injury.

Sophomore Cierra Rice has averaged 11 points per game over her career, including two 20-point games during her freshman campaign, but appeared in only three games last season due to a foot injury.