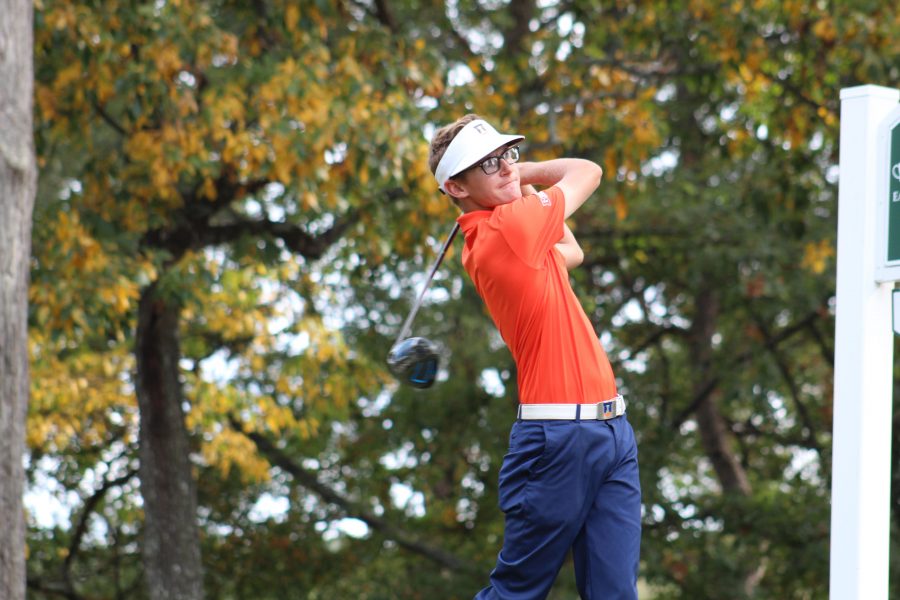 Junior Dylan Meyer’s individual title win at the 3 a.m. Augusta Invitational was not enough for an Illini first-place finish this past weekend.

The Illinois men’s golf team squandered an opportunity to win its first tournament of the spring on Sunday at the 3M Augusta Invitational, shooting 2-over par in the final round.

The team entered the day tied for first with New Mexico but slipped to fourth by the end of the competition at 17-under as a team.

Junior Dylan Meyer’s title-winning individual effort was not enough to carry the Illini past champions Central Florida and runners-up No. 8 Wake Forest, who shot team totals of 28-under and 24-under par, respectively.

Meyer brought a four-stroke lead into the final round, where he shot even on the day to hold off Wake Forest’s Will Zalatoris, who went 6-under on the day to finish at 10-under in total.

The win was Meyer’s first title of the season. He posted a 67 for the first round, a 66 the second and a 72 in the third round, beating out Zalatoris as well as Central Florida’s Bobby Bai and Manuel Elvira.

The rest of the team lagged behind Meyer, with freshman Michael Feagles finishing next-best for Illinois in a tie for 19th with a score of 3-under. Feagles struggled in the middle of his round but rallied for late birdies on three of his last four holes to finish the round at 1-under.

Sophomore Edoardo Lipparelli tied for 30th, shooting 2-over Sunday to finish the tournament at 1-under.

He bounced back from multiple bogeys early in the round with three consecutive birdies in the middle of the round.

Junior Nick Hardy came in at 1-under par for the tournament, tying with freshman Giovanni Tadiotto and three others for 38th overall. Hardy shot 2-over for the final round while Tadiotto went 1-under on the day — his best performance while in Augusta, Ga.