Evans’ impact felt on and off field for Illinois softball 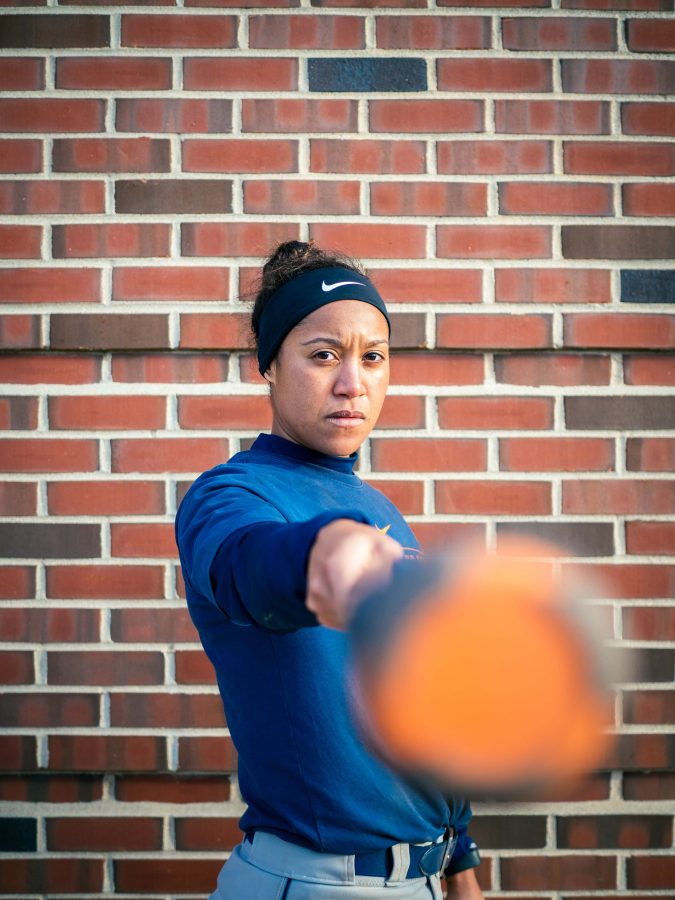 It is the end of practice, and Eichelberger Field is relatively quiet.

Players on the Illinois softball team are gathered in a big circle sporting blue practice jerseys and grey pants. The Illini stretch out, and a few of them speak to the media before finally heading inside to watch film.

The majority of the team is there, but Nicole Evans is not.

A few days after leading Illinois to a three-game sweep against Purdue, the Illini outfielder is skipping practice. In most cases, not showing up the day before a game results in punishment. However, head coach Tyra Perry had nothing but praise for her senior.

“We joke now that I spend most of my office time filling out (award) forms for Nicole Evans,” Perry said. “I don’t get any other work done because I’m constantly putting her name in or filling out my part for some award she’s qualified for.”

Evans was named the 2017 Arthur Ashe Jr. Female Sports Scholar of the Year and instead of being at practice, she took a trip to the University of Richmond to officially receive the award. Illinois’ outfielder traded in her orange uniform for an orange dress and delivered a speech, highlighting her experiences as a student-athlete.

There are over 1,200 nominees each year for this award, and although each participant’s chances are slim, Perry made it clear that Evans being named the winner was not by accident.

“It’s something, obviously, that we’re really proud of,” Perry said. “To be a national award winner in anything is pretty cool, and the legacy of Arthur Ashe Jr. is huge, and she’s really proud of that. But again, she’s that person that works for everything that she gets.”

A glimpse of Evans’ hard work can be summed up by her big-time plays and record-setting performances in Illinois’ last conference series. Against Purdue, Evans hit a team high .390 batting average to go along with seven RBIs.

The highlight of her weekend came in the bottom of the sixth inning during the second game of the series. Illinois was already ahead 7-4 when Evans stepped to the plate and crushed her second grand slam of the season. The home run ensured the Illini’s victory and etched Evans’ name in program history as the all-time leader in RBIs.

Ruby Rivera has been with Evans since her first RBI four years ago. She remembers the losing seasons the two seniors had to endure in 2014 and 2015 and credits Perry and Evans for helping to change the program’s direction.

One year ago, in Perry’s inaugural season, she led the Illini to their first NCAA tournament appearance in six years. The team’s success led Evans to be named a finalist for the University of Illinois Dike Eddleman Female Athlete of the Year award.

Rivera commended Evans for her work ethic and leadership and said that her fellow senior shows up 15 minutes early every day ready to work — except for days when she receives awards. But away from the field, Rivera also mentioned that Evans is someone she can lean on for support outside of softball.

“She’ll always be there for you as a friend,” Rivera said. “(You) can call her at three in the morning (when) something is going on, and she’ll pick up. She’s there. You can’t miss her.”