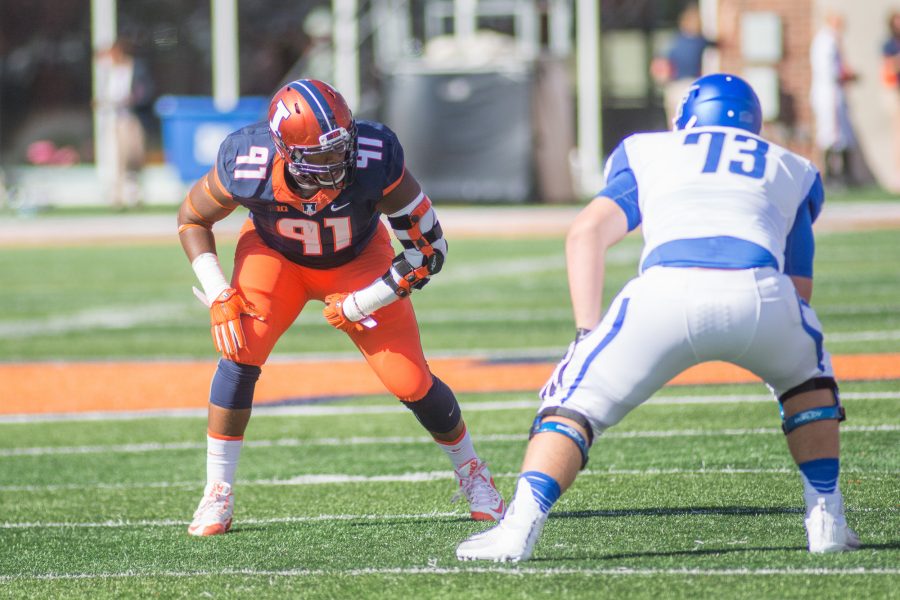 The Jacksonville Jaguars will have former Illini on both sides of the ball in 2017.

Jacksonville selected former Illinois defensive end Dawuane Smoot in the third round of the 2017 NFL Draft on Friday. Smoot was the 68th overall pick.

Smoot is the sixth Illinois defensive lineman drafted since 2011. The Oakland Raiders selected Jihad Ward in the second round last year.

The Illini have had at least one player drafted in 42 of the last 45 drafts. Illinois has 241 all-time NFL Draft picks.