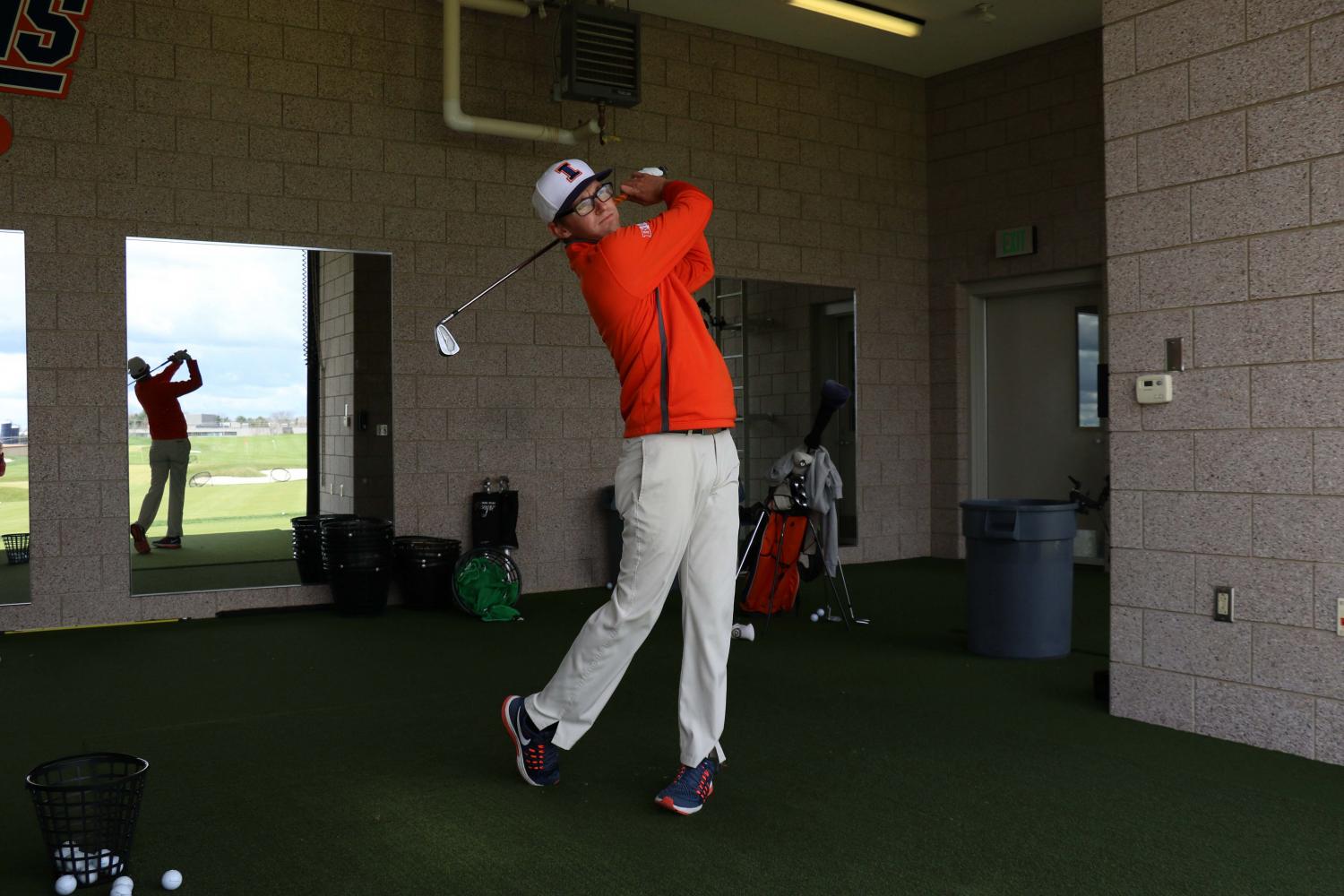 The Illinois men’s golf team won its third-consecutive Big Ten tournament title Sunday after shooting 1-over par the final round to finish at 11-under for the tournament.

Northwestern followed in second, coming in 16 strokes behind Illinois at 5-over for the tournament.

Dylan Meyer took the individual title, besting Ohio State’s Will Grimmer and Northwestern’s Ryan Lumsden by one stroke to finish 5-under for the tournament.

Meyer set a new Big Ten tournament personal and course record with his first round score of 63. Meyer’s total also matched the Illinois school record set by Chris DeForest in the 2007 season.

The junior’s win makes it seven-straight years that an Illini golfer has won the individual title, dating back to Luke Guthrie’s back-to-back wins in 2011.

Additionally, the team’s win means that Illinois has now won eight of the last nine Big Ten championships, a run only interrupted by Minnesota’s 2014 championship.

Junior Nick Hardy tied for sixth, shooting 2-under the final round to finish the tournament at 1-under.

Sophomore Edoardo Lipparelli jockeyed with Meyer for the tournament lead before ultimately shooting 5-over in Sunday’s round, finishing at even par to place eighth in the event. Lipparelli shot 4-under Saturday to move up the leaderboard to claim the top spot heading into Sunday.

Freshman Giovanni Tadiotto went 1-over for the tournament to finish in a four-way tie for 10th.

Freshman Michael Feagles ended up in a six-way tie for 23rd after shooting 3-over during his final round. During the second round, the Scottsdale, Arizona, native negated a bogey on the 12th hole and a double bogey on the 13th with a birdie on the 16th and an eagle on the 17th hole.

Illinois will begin its NCAA tournament preparations next, as the NCAA Regionals are set to begin May 15.