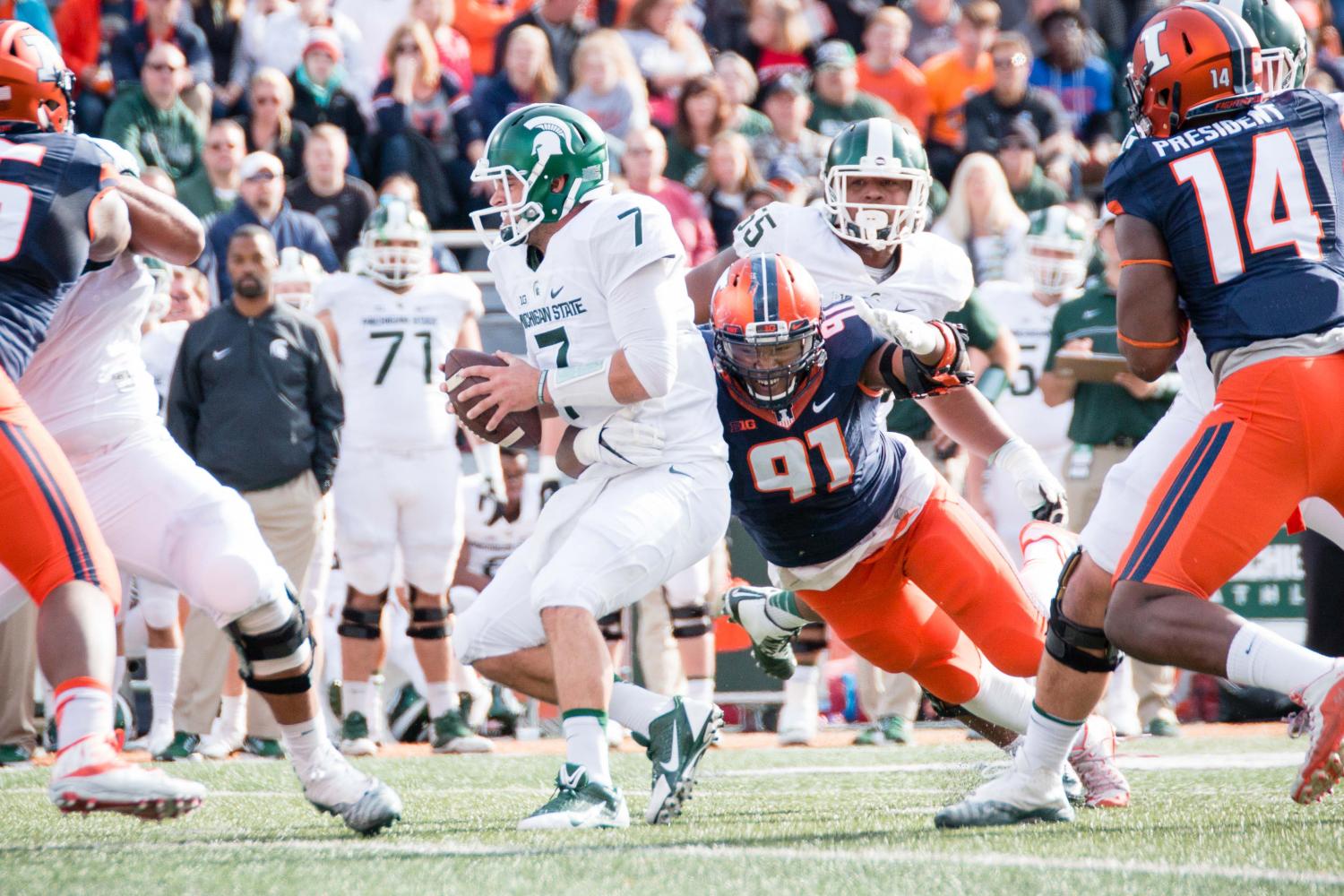 When Lovie Smith was hired as Illinois’ head coach in March 2016, he assembled a coaching staff that had the most NFL head and assistant coaching experience in college football. A key pitch made to potential recruits is the staff’s experience and ability to get players drafted.

After one year on the job, Smith has one draft pick.

The Jacksonville Jaguars selected former Illinois defensive end Dawuane Smoot in the third round with the 68th overall pick. Smoot was the only Illini selected in the 2017 NFL Draft.

Benn took to Twitter to congratulate his fellow Illini.

Smoot is the sixth Illinois defensive lineman drafted since 2011. The Oakland Raiders selected Jihad Ward in the second round last year.

The Illini have had at least one player drafted in 42 of the last 45 drafts. Illinois has 241 all-time NFL Draft picks.

Lunt started his college career at Oklahoma State before transferring to Illinois. The Rochester, Illinois, native started at least seven games in each of the past three years for the Illini, throwing 36 touchdown passes and 12 interceptions.

Many mock drafts considered Phillips a mid-to-late round pick. He was Illinois’ first selection for All-Big Ten first team since 2011 after finishing seventh in the nation with 1.7 TFLs per game during last season. Philips finished 12th in the nation with nine solo sacks.

Nickerson transferred to Illinois as a graduate student in 2016 to play for his father, defensive coordinator Hardy Nickerson. He led Illinois with 107 tackles and was a team captain in his one year at the University.

President appeared in all 12 games last season and finished third on the team with 12.5 TFLs. He transferred from Auburn in 2016 with one year of eligibility remaining.

Defensive lineman Rob Bain received a try-out with the New York Jets, according to another tweet from Phair.

Clements recorded 36 tackles and seven TFLs in 11 games last season. The Dayton, Ohio, native had a career-high 1.5 sacks against Michigan State, including the half-sack on the final defensive play of the game, which sealed the team’s last season win.

The NFL Draft is just the start of a process, something Clements realizes as he still hopes for a roster spot.