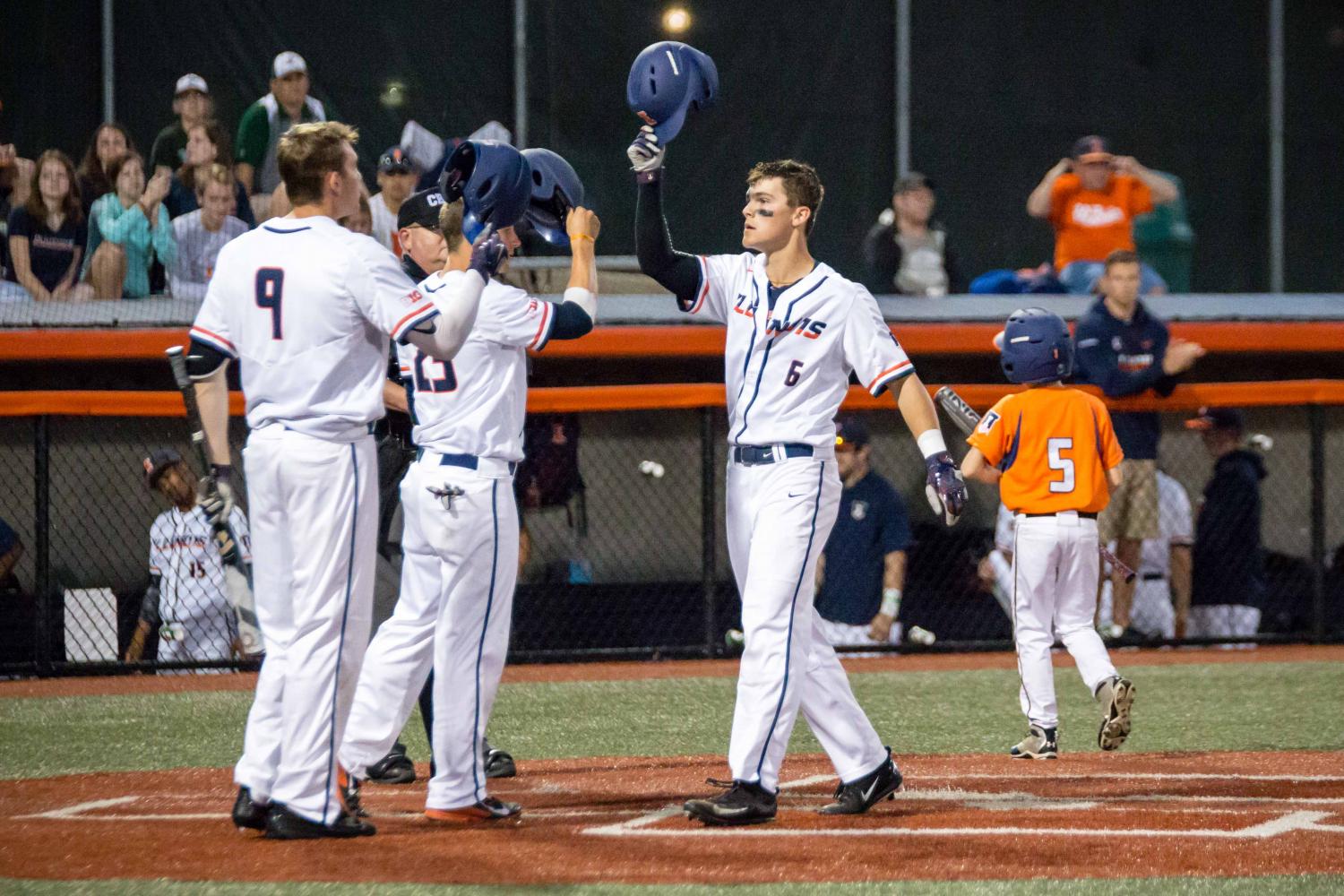 Michael Massey comes into home against Western Michigan at Illinois Field on April 18.

The Big Ten announced Monday that Michael Massey had won his second-straight Big Ten Freshman of the Week award.

The second baseman hit .526 last week and collected three three-hit games. Massey is the second freshman from the Illini to win the award this year — joining Ty Weber — and is the only one to do it twice.

Massey is the fifth player to win the award twice in a row since the award was initially introduced to the conference back in 2011.

In April, he collected 10 two-out RBIs, something the Illini as a team have struggled with all season.

Massey will be back in the two-spot in the lineup this Tuesday, as the Illini will take on Southern Illinois in a weekday game before their series at home this weekend at Maryland.