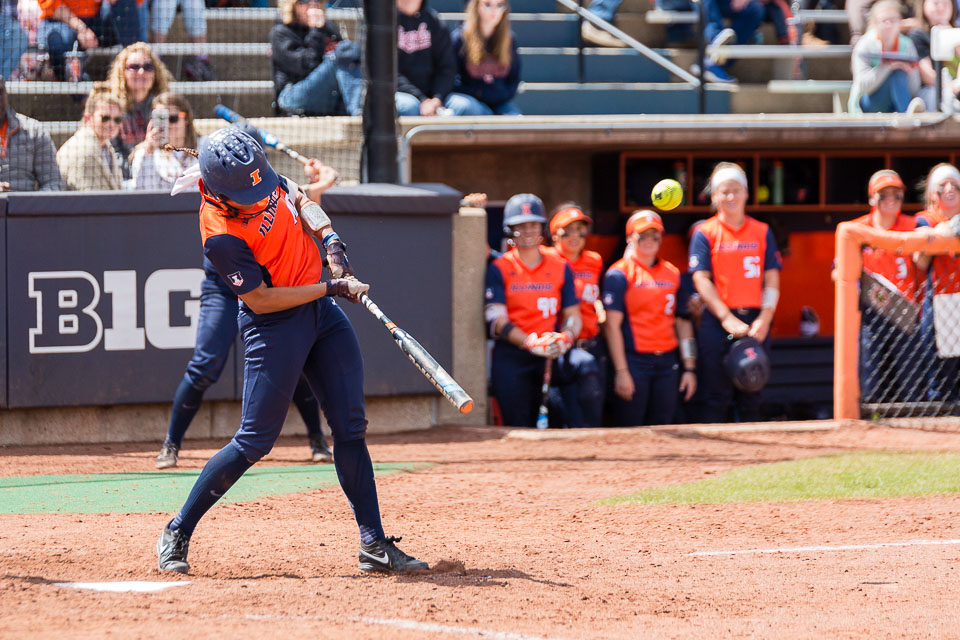 After finishing the regular season 14-8 in conference play, the Illinois softball team has earned the No. 4 seed in the 2017 Big Ten tournament.

By securing a spot in the top-four, the Illini have earned a first-round bye and will be back in action Friday afternoon. The team will square off against the winner of Nebraska and Penn State, who are the fifth seed and 12th seed, respectively. The Cornhuskers and Nittany Lions are scheduled to play in the second game of the tournament Thursday afternoon.

The 12-team tournament is in a single-game elimination format and is hosted by Michigan. The tournament champion will be crowned Saturday evening, and the last team standing will earn an automatic bid into the NCAA tournament.

Last season, Illinois made the NCAA tournament for the first time in six years. This weekend, the Illini will try rebounding from their 2-7 finish to the regular season and secure another shot at an NCAA championship.