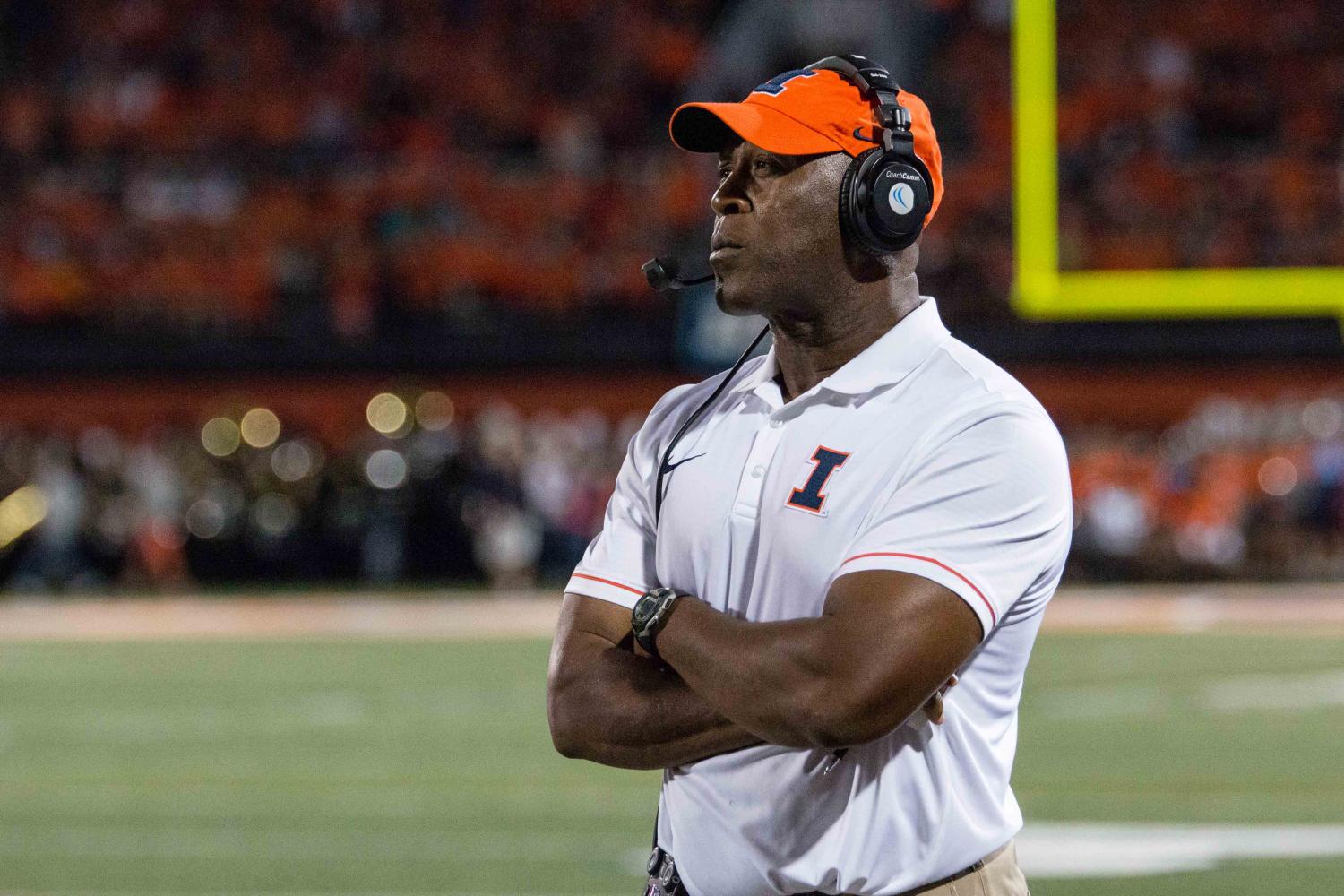 The Nittany Lions continued to roll, and, once again, it was running back phenom Saquon Barkley leading the charge with two touchdowns against Northwestern. Penn State has shown no signs of slowing down, but they have a rough couple games coming up. Matchups against Michigan and Ohio State following their bye week is tough.

Another week, another blowout win for J.T. Barrett and the Buckeyes. The team’s one loss to Oklahoma is fading further into the background each week, but without a Big Ten Title, it will likely hold them from the playoff.

A massive 249-yard, two touchdown performance from running back Jonathan Taylor kept the Badgers undefeated. Taylor now has 9 TDs in just 5 games. The Badgers are playing like they are the best team in the Big Ten West.

Sparks always fly when the Spartans play the Wolverines, and this year was no different. After a shaky start, the Spartans will try to build off the upset in Ann Arbor. They still have to top both Penn State and Ohio State if they want a shot at the Big Ten East title.

John O’Korn’s three interceptions gave the game away in a stunning loss to in-state rival Michigan State, but expect this talented team to rebound well.

The Iowa defense forced five turnovers en route to a 45-16 win over Illinois. The Hawkeyes will be hoping that the win starts them back on the path to winning the Big Ten West.

After handling Minnesota last week, the Boilermakers turn their attention to their trip to Camp Randall. An upset win would do a lot for a team that has had its ups and downs so far.

The Terps had an opportunity to surprise some people heading into Columbus last week. However, the game was never close and Ohio State was simply the better team. Maryland seemed like they could do some real damage in the Big Ten after a win over Texas, but last weekend proved that they aren’t ready to compete with the best yet.

The Hoosiers were given an easy opponent last week after their brutal schedule to begin the season. Indiana had little trouble with the rain, defeating Charleston Southern 27-0.

The Gophers underachieved in their loss to Purdue last week. P.J. Fleck will have to find a way to get his team back on track

At home under the lights against Wisconsin on Saturday, Nebraska came out rather flat and could not garner any momentum in the game. An early pick six found the Huskers in a hole they could not escape.

The offense needs to improve for this team to move up in the rankings. The Wildcats could muster only seven points last week against the Penn State defense.

There were instances of good for the Illini offense, but turnovers hurt them. The young team will look to get its third win of the season against Rutgers.

The Scarlet Knights will have two weeks to prepare for the Illini in a battle of the bottom two teams in the Big Ten.