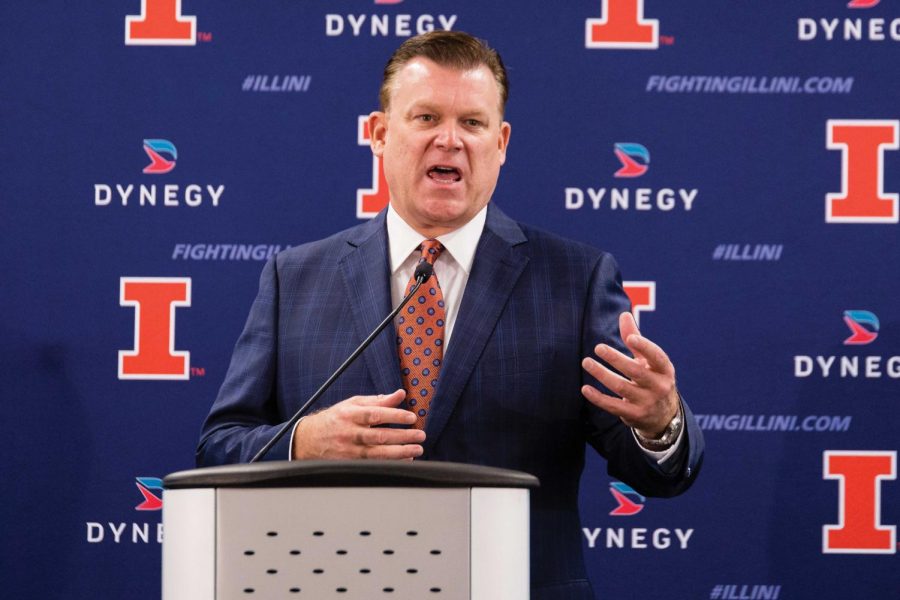 Do you remember when you were younger, when you knew what your birthday present was going to be, but you couldn’t open it until the day of your birthday?

You wanted to open it and have it more than anything in the world, but no matter what you would say, your parents said that you have to wait.

While the situation is slightly different in terms of an eligibility standpoint, that’s how I am feeling about wanting to see recent commit Ayo Dosunmu play for the Illini.

Dosunmu’s Thursday commitment marks a huge step for coach Brad Underwood and his staff, being that this is their first big piece in their first full year of recruiting.

Sure, they landed guys like Mark Smith, Mark Alstork, Matic Vessel and more in the spring last year, but truthfully, the class of 2018 is what will be regarded as Underwood and his staff’s first group of guys that they fully recruit. There is still a way to go, but landing Dosunmu to kick it off this fall is a great first step.

Now, most Illini fans know that Dosunmu is a talented player. They probably know that he is from Chicago and is expected to win Mr. Basketball in Illinois this year. But at the end of the day, the importance behind his commitment is going to extend far beyond just that.

First of all, Dosunmu joining the Illini is starting to show a couple of patterns being put in place by Underwood and Co.

The first pattern is keeping the state’s top talent at home. After bringing in Smith this season, and the likely 2017 Mr. Basketball winner in Dosunmu, this will be two-straight classes in which Illinois has landed the top individual talent from within the state. That is a huge deal at any school, but especially in the state of Illinois, where top recruits are located yearly, it is paramount.

Setting that precedent of wanting to stay in-state and play for the state college is a huge first step for Underwood and his staff, and if they can continue this trend, there are no limits for how far this program will go.

The second pattern is the abundance of talented guards on the roster. As it stands for this season, the back court will be composed of Smith, Trent Frazier, Te’Jon Lucas, Da’Monte Wiliams, Mark Alstork and more. That group in itself, along with the others unmentioned, is a strong group. There is depth and athleticism that will allow the group to play perfectly into Underwood’s high-octane system and run the floor with any group of guards in the country.

But, with the looming addition of Dosunmu, this back court is going to be scary for other teams to matchup with. Seeing a combination of Smith, Dosunmu, Lucas, Frazier and Williams on the floor together in any situation is going to be unbelievable. All of them possess the athleticism to get up and down the court, combined with great vision and the ability to finish at the hoop. This group of guards will force teams into nightmare matchups, defensively, that will lead to plenty of stretch passes, fast breaks and quick points on Illinois’ end. Plus, they all have the ability to be plus-defenders. This group has the athleticism and length that will help them to get in the passing lanes and create turnovers, which will in turn lead to aforementioned fast break points.

But alas, all of this is still a year away. Dosunmu has his senior season to play at Morgan Park, with fellow guard and Illini class of 2020 priority Adam Miller.

In the meantime, we can all enjoy the first year of Underwood’s new system, watch Dosunmu’s senior year highlights, and dream of what a fun team Illinois fans will be able to watch next season.