I would transfer too 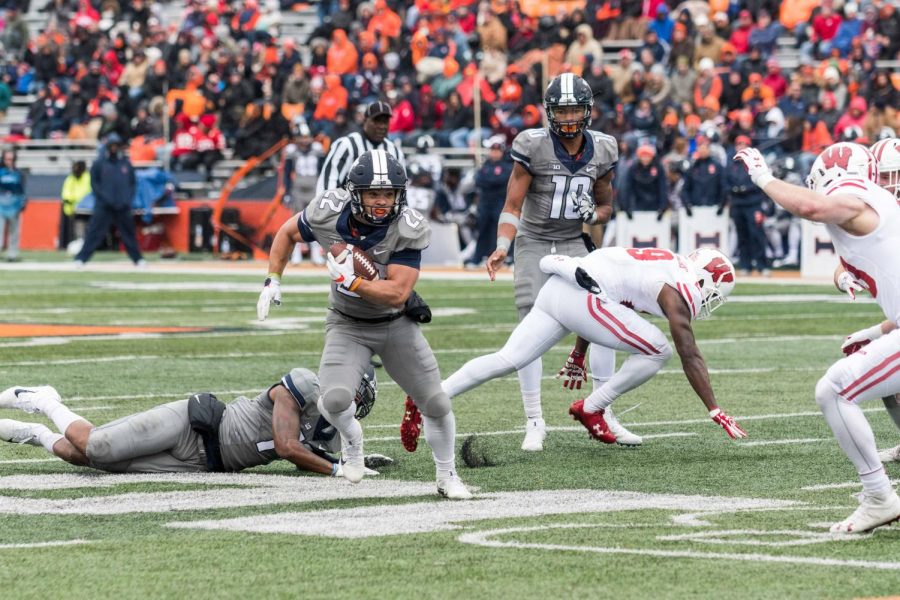 Safety Patrick Nelson makes a tackle during the Wisconsin game on Oct. 28. Nelson is one Illini transferring next season. 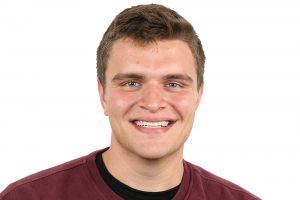 As of Wednesday morning, five Illinois football players have announced that they are transferring.

Linebacker Tré Watson, offensive lineman Gabe Megginson, safety Patrick Nelson, defensive tackle Tito Odenigbo and punter Bryce Barringer all announced that their careers as Illini are over. At first I was shocked, but now, after taking some time to think about it, I totally understand their decisions.

All five players were Tim Beckman recruits, and while that shouldn’t be held against them, it sort of was.

As soon as Lovie Smith’s first recruiting class came to town, it was obvious that he favored them over the players who were here before he took over.

I don’t blame the players for wanting to transfer. Megginson has the capability to be a solid lineman at another school. Odenigbo can be a contributor as well with some more development.

But since Smith didn’t play them that much this year, instead going to the freshmen — who played well for being freshmen — they decided to take their talents elsewhere. If they didn’t get the playing time this year, then they probably won’t in the future.

Watson was the most surprising for me. This guy was a leader on this team. The players looked up to him on and off the field. He is about to enter his fifth year, so he will be a graduate transfer. Nobody blinks an eye when an athlete like Mark Alstork leaves the Wright State basketball team that he led to come to Illinois, a team where he can make an impact and possibly make the tournament with. Watson deserves the same treatment.

More than anybody, he deserves a winning season. If he ends up transferring to a more established program for his final year, then all power to him.

Nelson was playing at a position that had a lot of Smith-recruited youth playing behind him. It wouldn’t have surprised me if he gets Kendrick Foster-ed next season and is benched for younger players. Much like Foster, it wouldn’t be because he is not talented. Nelson is a great player, but Smith is building for the future, and he sees his players leading Illinois into that future.

Just like I do not blame the players for transferring, I do not blame Smith for how he is coaching. He may have alienated a few players, but ultimately, I feel that this commitment to his men is what will make him a successful coach at the University.

People may be looking for blame to toss around in this situation, but in reality, there is none to give. Nobody is at fault here. In a rebuild like the one Illinois is in, there are an incredible amount of decisions everybody has to make.

The other day, I wrote a column about the sacrifices that the Illinois senior class made during their time here. They didn’t sign up for all of the turmoil, and neither did Watson, Nelson, Megginson, Odenigbo or Barringer. They made the same sacrifices as those seniors.

The decision to transfer had to have a lot of thought put into it. These guys are leaving their teammates and friends. I can’t say I understand even half of it, but if I were put in the same situation, I could see myself making the same decision.