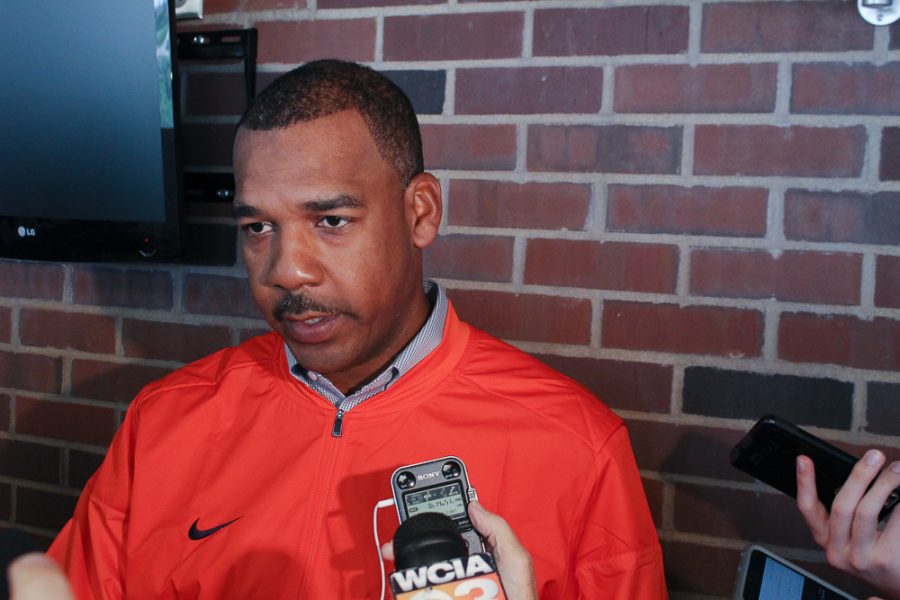 McGee spent two years at Louisville before Smith hired him in March 2016.

The Illini ended the season on a 10-game losing streak, struggling to move the ball on a consistent basis.

McGee’s squad ranked last in the Big Ten in scoring offense and second-to-last in total offense.

He and Smith started many freshmen on offense, including three offensive linemen, a tight end, multiple receivers, two running backs and a quarterback.

The defensive unit was not much better, ranking second-to-last in rush defense in the Big Ten, while also giving up 5,021 yards last season.

Williams also had multiple freshmen starting on his unit, but the consistency was not there.

The defensive backs coach spent four years at Miami before coming to Illinois in 2016.

The Illini ranked in the lower-half of the Big Ten in most defensive categories in 2016 and 2017.

After a successful Early Signing Day, Illinois football will now turn its attention to filling these two positions as well as look forward to Signing Day on Feb. 1.