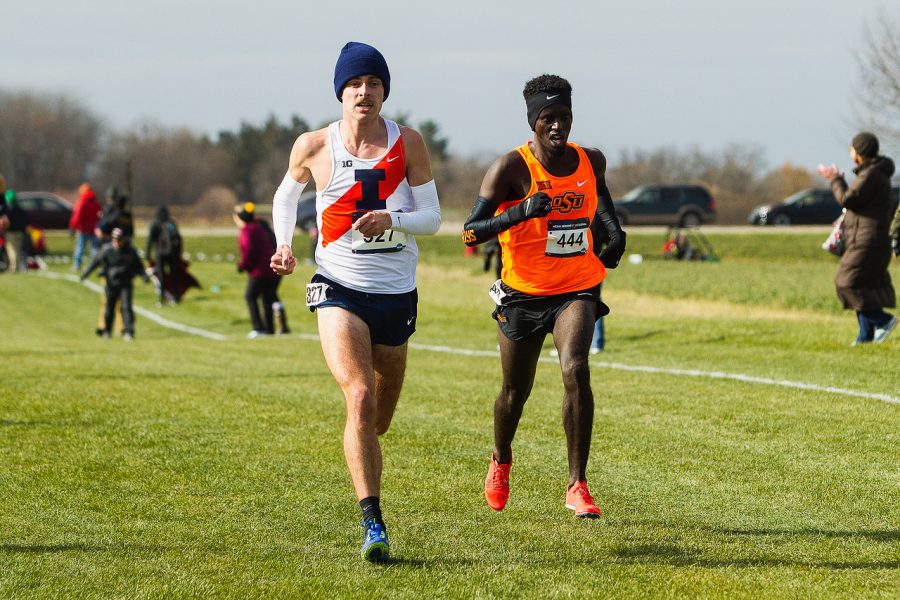 Jon Davis became the 498th American to run a sub-four-minute mile. Davis clocked in his mile at 3:58:46 at the Illini Classic on Saturday, setting University records.

Adding to the list of nearly 500 Americans to run a mile under four minutes, Jon Davis broke an Illini record record at the Illini Classic, and also claimed the event title.

The time of 3:58.46 ranks the sophomore as the first in the NCAA and the first to run sub-four in the facilities’ 44 years of existence.

“That’s what we should be trying to do in all of our meets,” head coach Mike Turk said in a press release. “I really like what happened. It was a great result. More importantly, it really energized the entire facility. People from the other teams, fans from the other teams, really got into it. And, it shows that there’s a lot of excitement in our sport, and, if we do things the right way, we can bring that to the surface and draw more interest to what we’re doing. How anyone could watch that performance and not get excited about athletics is beyond me.”

Davis finished his eight-lap trek around the Armory track nearly a second faster than the facility record of 3:59.30 by Rick Wohlhuter in 1974. The Fithian, Illinois native also reset the Illinois varsity record of 4:00.17, while the previous record-holder, Graham Morris, was in attendance.

Along with Davis’ performance, six other Illini received event titles leading to the team’s second-place finish with 139 points to Louisville’s 144.

In the field, Matsen Dziedzic captured the event title with a throw of 65 feet 8.25 inches.

On the track, hurdler David Kendziera finished with a time of 7.76 in the 60-meter hurdles.

Sprinter Devin Quinn received one of his two event titles in the 60m dash with a time of 6.72. Later in the day he, along with the relay of Matt Burns, Kendziera and Joe Haight secured the 4x400m relay.

Josh Eiker, who has been quite consistent in grabbing the 200m title since the start of his collegiate career, ran a 21.66 for the event title.