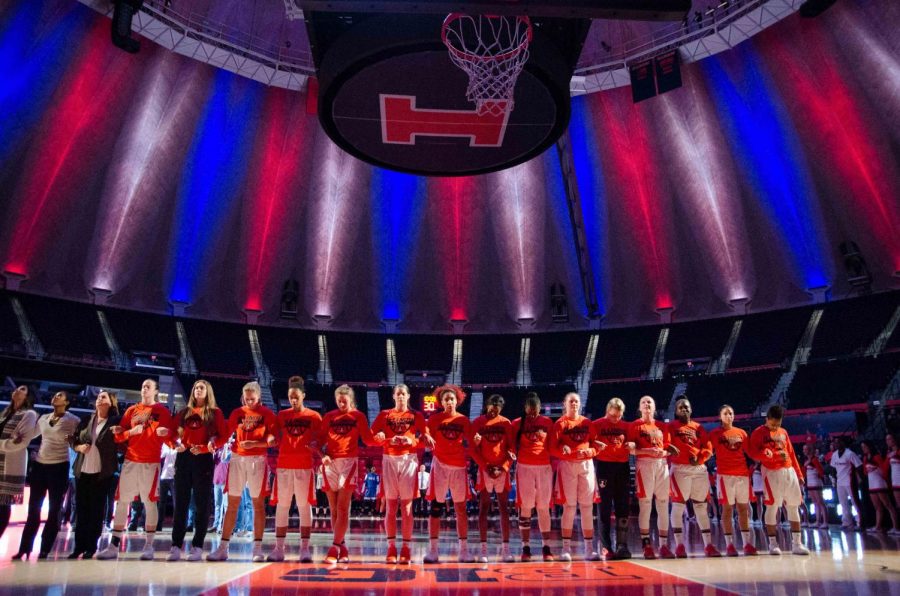 The Illinois women’s basketball team’s biggest problem wasn’t shooting or rebounding on Sunday. It was finding the smallest player on the court.

Standing at just 5-foot-4, Wisconsin sophomore Suzanne Gilreath was not going to scare the Illini in the paint, but she continued to find space behind the arc, knocking down seven three-point shots on her way to 27 points overall.

Badger head coach Jonathan Tsipis praised his player, citing her timeliness as the most important part of her performance.

“Very important, not just the point total, but at key moments when we were struggling,” Tsipis said. “Probably the biggest basket of the game. (We) had a double-digit lead, Illinois cut it to five, we got a stop, we advanced the ball and that three in the corner to get it back up to eight.”

Illini forward Alex Wittinger, who registered 18 points and six rebounds coming off of a triple-double against Penn State, felt that she and her teammates could have been more effective in trying to defend Gilreath.

“She came off a few screens, but a lot of them were just open shots and that’s us not talking on defense and not getting out to her,” Wittinger said.

Although they were victorious, the Badgers (9-14, 2-10 Big Ten) did turn the ball over 14 times compared to the Illini’s 11. Had Illinois (9-14, 0-9 Big Ten) shot better than just 33 percent from the field, they could have possibly secured a first conference win.

Tsipis acknowledged the similarities between the Illini and the Badgers, and compared this year’s Illini team to his last year, in which he felt he had to start from scratch with each player.

“We’re trying to advance programs that we’ve taken over. In a lot of ways, this is what we went through last year; it’s like having a team full of freshman,” Tsipis said.

He and Illinois head coach Nancy Fahey are both Wisconsin alums, and Tsipis talked about the value of their relationship in helping both develop their programs.

“When I got the job at Wisconsin, she was one of the first phone calls that I made,” Tsipis said. “I think it is important that we build our relationship because we’re going through the same things.”

He also backed Fahey to succeed in the future. He feels that her past triumphs are a sign things will start to change for the better in Champaign.

“Knowing coach Fahey as a Badger alum and the success she’s had, it’s just a matter of time in the process. They’re in great hands,” Tsipis said. “Those kids are going to continue to get better and as they understand the system she’s putting in; that’ll be a fun journey.”