Thank you, DI: A farewell from Sports Editor Cole Henke 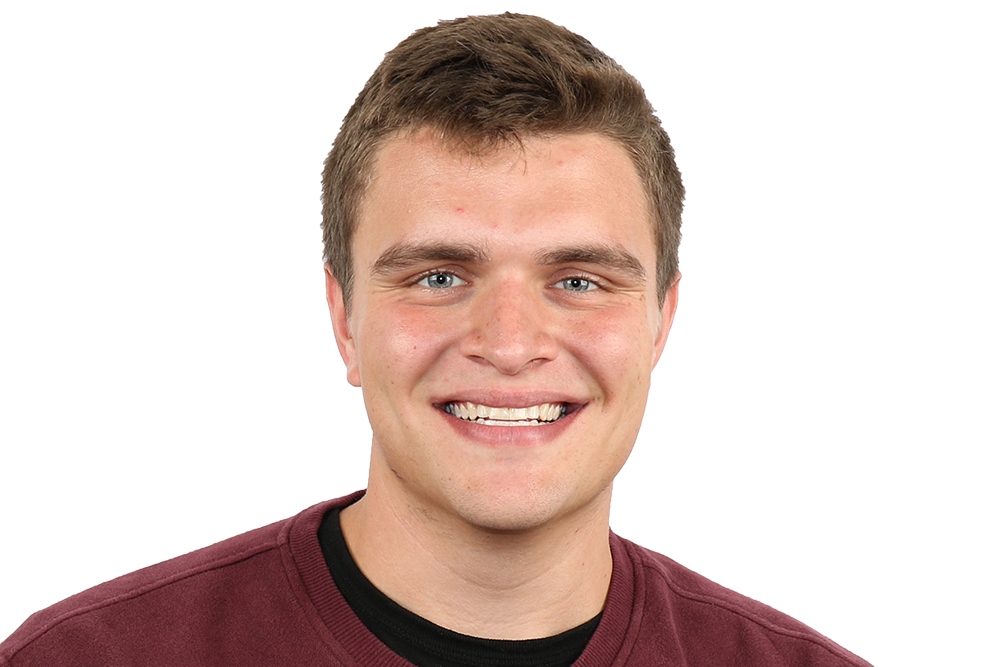 One time, I found a stack of old applications for The Daily Illini sports staff, and at the top of each one was a short evaluation. I looked back for mine, interested to see what was said about me.

A giant “MAYBE INTERVIEW” across the top of my application, it really struck a chord. Not because I was insulted. I knew I wasn’t the most obvious hire in the world. I was a freshman whose only newspaper experience was writing a competitive eating column for my monthly high school newspaper. No, this struck a chord because it caused me to reflect on my first two and a half years of college in a way that I had never done before.

It made me realize my life was so close to being completely different. After literally days of thinking about it, the only conclusion I came to was, “Thank god they hired me.”

My first thank you goes out to my first editor Sean Hammond. If you would have swayed the other way and wouldn’t have hired me, I can’t even begin to imagine how different my life would have been. Long story short, I would have never become a journalist. I would not have made it my major. I would never have thought about reporting, and at the time, it wouldn’t have bummed me out that much because I didn’t know this is what I wanted to do.

If anyone told me I would eventually become sports editor when I was a freshman, I would have laughed in their face. I thought Sean was the dumbest person in the world for wanting that job. Who wanted to do that much work? I sure as hell didn’t.

My favorite Sean memory, though, is when he immediately sent back a story I wrote and told me it was really bad and that he wouldn’t run it. I may had not wanted to be a real journalist back then, but I still had pride, damn it. I immediately rewrote it.

It wasn’t until my sophomore year that I really started taking journalism seriously. It is when I transferred into the College of Media, and it was when I fully dedicated myself to the paper. This was an insanely easy transition though, specifically because of three people. So thank you to Charlotte Carroll, Michal Dwojak and Peter Bailey-Wells. Those three were not only three of my best friends at the paper, but also my role models.

The standard those three set while they were here gave me something to strive for. Peter and Charlotte were back-to-back sports editors, and I learned more working with them in the field than I did in any classroom in college. I worked as Peter’s assistant editor for half of the year, and I can’t believe he didn’t fire me because I had to have annoyed him every single day.

I honestly can’t believe Charlotte didn’t fire me either, with all of the goofing around I did at Illinois football games when I was on the beat.

In all honesty, I can’t believe I made it to the finish line. Going four years without being fired is probably my greatest accomplishment at The Daily Illini.

I am also like 99 percent sure Michal never actually left the office. Anytime I had a question, he was always there, chilling at the managers desk with his dad shoes on.

They are three of the best reporters I know, and they are all going to do awesome things in this field. Actually they are already killing it. I’m blessed to have had the opportunity to work with them. You’ll have to ask them if they feel the same way about me. My money might be on no.

After they graduated, I definitely had an adjustment period. I didn’t realize how much I had relied on them. I called Peter and Charlotte on a regular basis, always complaining or begging for their help.

But eventually, I started thriving without them, but I still wasn’t on my own. The next thank you is going out to my staff, with a special emphasis on my assistants Tatiania Perry and Gavin Good. They did fantastic all year long and made my job easier in the process. If you are reading this and you hire people for journalism jobs, then hire all of them.

But hire me first. I am the one that is actually graduating and needs a job.

The final special thanks is for my fearless leader, Lillian Barkley. She was the best editor-in-chief anybody could ask for. Actually, I can’t believe she didn’t fire me either.

There is no thank you for Joe Longo.