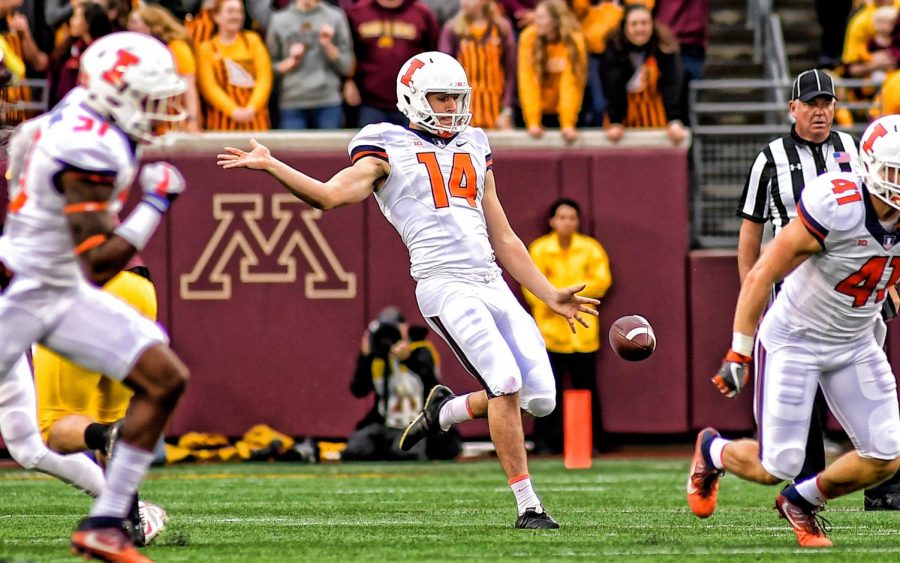 Spring break is often the most anticipated week of the spring semester for college students.

Some use the break as a time to catch up with people they don’t see regularly, but others stick with the same group of people in a new location. The Illinois football team opted for the latter.

“We went to a few schools around the area, but everyone was on finals week so there wasn’t a whole bunch of people to hang out with,” Hobbs said. “Their spring break is the week after ours.”

The group found themselves bored, but they saw some of their teammates living it up in Florida.

Many players on the Illinois team are from the Sunshine State, and a large group had gone to stay with James McCourt at his home.

“We started thinking ‘everybody in Miami,’ so we started looking up cheap plane tickets,” Hobbs said. “It was just some dumb young people last-minute stuff.”

However, that didn’t stop the players from following through on the adventure. Upon arrival in Miami, the four had no real plans. All they knew was that they were ready to have fun.

As good teammates do, those already in Miami, like quarterback Cam Miller and punter Blake Hayes, welcomed in the four players with open arms.

“We tried to keep it civil,” Hayes said of their spring break activities.

Hayes, who is originally from Australia, was experiencing his first official spring break. The only representation he had of spring break in America was what he saw on TV.

“It was a bit like the movies,” Hayes said.

According to Hoyes, spending quality time with his teammates helps him with the homesickness he sometimes feels. He refers to a lot of the team as his brothers.

The San Francisco crew, now united with the Miami boys, headed down to the beach.

“We played beach volleyball,” Miller said. “I would have gotten more competitive, but there were girls there.”

The game was a Cam versus Cam matchup with Miller versus Thomas, although the boys say there was no clear winner.

For Hobbs, though, the highlight of his week was running into Floyd Mayweather’s daughter.

“I follow her on Instagram, so she looked familiar, and I saw her in a jeep with TMT (The Money Team, Floyd Mayweather’s brand) all over it.”

Unfortunately for Hobbs, when he asked for a picture, her bodyguards would not allow it.

“She would have took it if it weren’t for them.” Hobbs said.

The guys have been quite close in the off-season and, according to those on break, are much closer now. They said they feel as though the bond was intensified with a spring break trip. Since most of the players were on the field together right off the bat, they didn’t have any time for the get-to-know-you stage.

However, while the bond may be greater, Hobbs did express one worry.