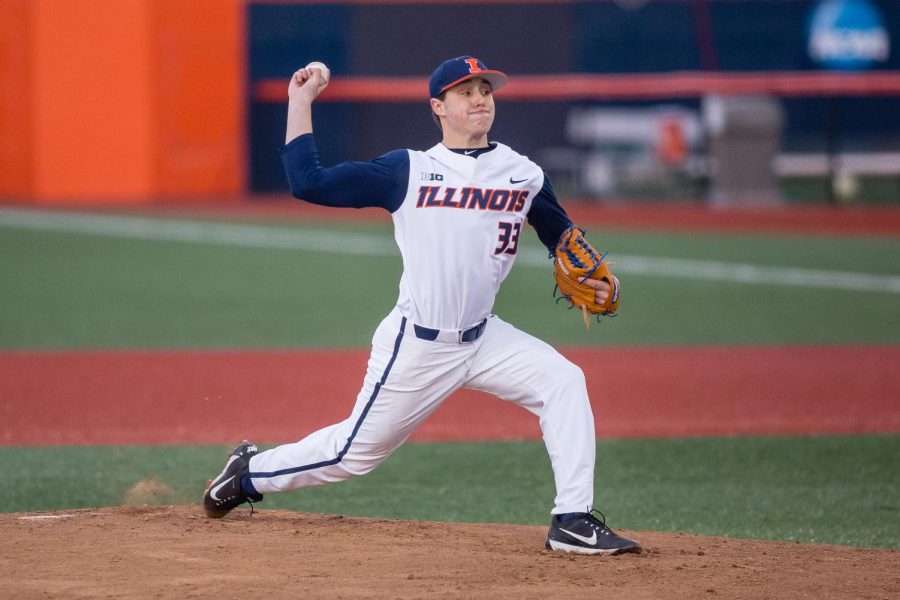 Riding a six-game winning streak, Illinois entered Friday’s matchup with Iowa ranked 25th nationally and looked to continue its perfect start to conference play. However, the Illini were unable to drive runners in and came up short, dropping the Big Ten season opener to the Hawkeyes 8-5.

“(I) saw slider first pitch down in the zone. Knew he was gonna come back with the fastball (and) wanted to be on time for it,” Spillane said.

Spillane became the fastest Illinois player to hit 12 home runs (22 games) since Josh Klimek did in 1996.

Although Spillane continued to produce at the plate, his teammates struggled. The Illini went 0-7 with runners in scoring position, which included loading the bases in both the seventh and eighth innings, only to come up with a single run on an RBI walk by junior outfielder Zac Taylor.

“Chasing pitches, guys got away from their approach and swung at bad pitches,” Spillane said.

It didn’t help that Illini starter Quinn Snarskis surrendered six earned runs in two-plus innings of work. Relief pitchers Ryan Schmitt, who went four innings with only one earned run and Jackson Douglas, who went two innings with also only a single earned run, kept Illinois in the ballgame.

Regardless of the loss, Spillane has kept up his statistics and is now batting .481 with 12 home runs and 36 RBIs.

The Illini’s three-game series against the Hawkeyes continue at Illinois Field Saturday at 3 p.m. and Sunday at 2 p.m.