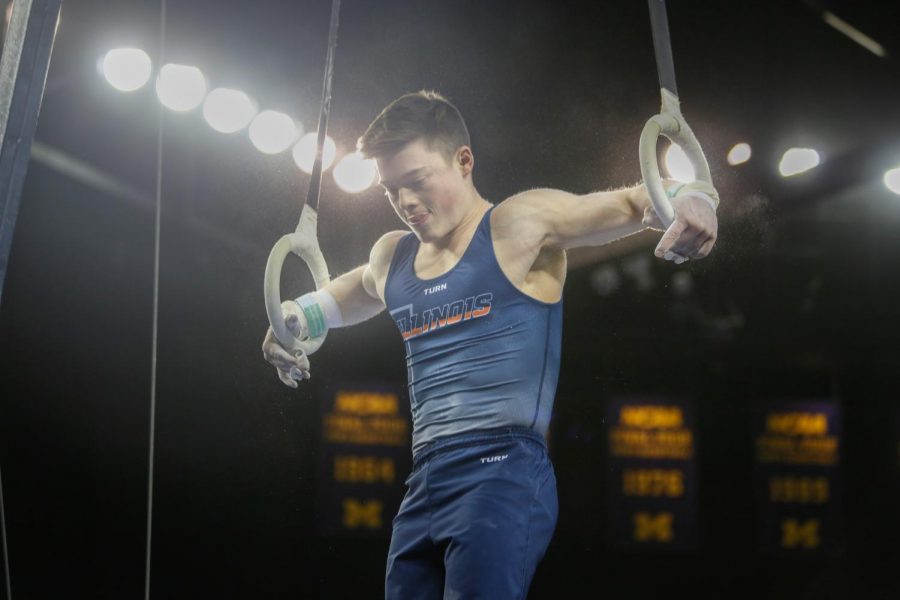 Alex Diab is this week’s chosen Illini for his skill and work ethic. His second place finish in the still rings event of the Big Ten gymnastics championship helped bring the Illini to a triumphant championship win.

While the team finished in third place behind Oklahoma and Minnesota, senior Alex Diab took home an individual national championship title in the still rings.

Diab posted a score of 14.500 to become the third Illini to ever win a national championship on the still rings. Diab has been awarded three-straight Big Ten still ring titles, but this is his first on the national stage.

During the preliminary round, Diab posted a 14.533 on the rings to help the Illini finish with the best rings score of the night.

Take a look at the senior’s winning performance below: