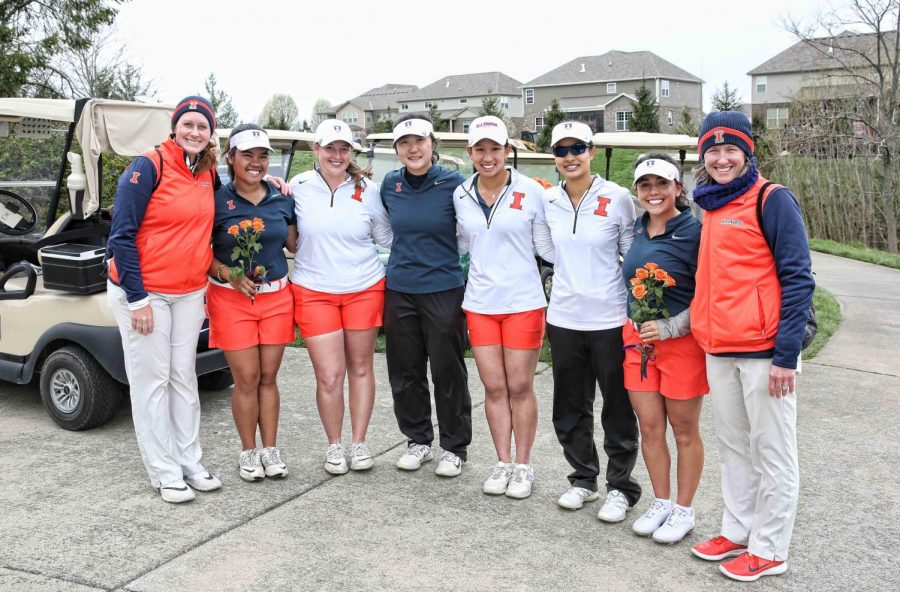 The last time the Illinois women’s golf team finished in second place at the Big Ten Championships, The Commodores and Queen were in the Top 40 music charts, the nation was preparing to celebrate its bicentennial and Gerald Ford was President of the United States.

Add in the fact that most of the 2018 team wouldn’t even be born until 20 years after the 1975-76 women’s golf team took home second and that makes the accomplishment all the more special.

Over the weekend, the Illini returned to TPC River’s Bend in Maineville, Ohio for this year’s Big Ten Championship. Flash back a year earlier at the 2017 Championships and Illinois encountered challenges on the course and ended up in the middle of the field with a seventh-place finish.

But this time around, Illinois had more momentum going into its first postseason competition. The 2018 spring season has been marked by five top-10 finishes in just as many tournaments and three top-5 finishes, to name a few. The women’s squad was also ranked at a season-high No. 23 after its performance at the Briar’s Creek Invitational, according to Golfweek.

Senior Chayanid Prapassarangkul cited the team’s energy as a major factor that helped it through the Big Ten Championships — Prapassarangkul finished in a tie for eighth place alongside fellow senior Grace Park and junior Bing Singhsumalee.

“For the whole year, we’ve focused on having high, positive energy and trusting the process; that has really been key for us this season and we really brought that at Big Ten,” Prapassarangkul said. “There was a great level of trust. We truly believe in ourselves and in each other and the work that we put in, and just went out and enjoyed and played hard.”

Determined to play hard this weekend, the Illini earned their second-place finish at TPC River’s Bend after a slow start on Friday and Saturday.

Battling back from fifth place, Illinois eventually outpaced conference rivals like Ohio State and Purdue with an unprecedented final round score of seven-under-par. The strong finish matched the lowest round score in Illinois women’s golf history and tied Maryland for second place.

Michigan State would go on to take home the conference title, besting Illinois and Maryland by four strokes.

Park believed that having a few friendly faces in the crowd played a huge impact for her and the team.

“It was nice to have a lot of friends and family come out and watch us this weekend,” Park said. “The crowd was great. We normally don’t get too many people out at the golf course watching us, so this tournament was pretty special.”

Although the Big Ten Championships have come to a close, the spring golf season is far from over for the Illini. After an off week, the next challenge awaiting the Illini will be at the NCAA Regional in May.

With such big competition and high stakes in front of them, Park is confident that it will be business as usual for the team.

“A big focus will be to continue on sticking to the process and making sure we stay healthy,” Park said.