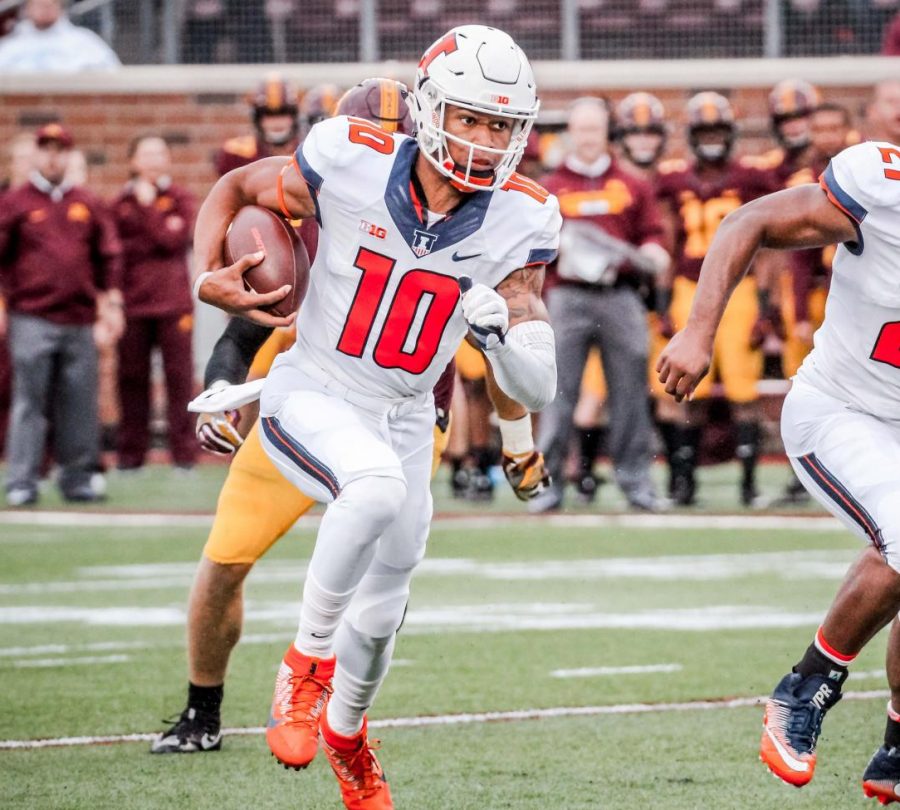 Freshman quarterback Cam Thomas (10) runs the ball down field in the Illini’s game against Minnesota. The Illini lost 24-17.

A press release sent out on Thursday afternoon announced sophomore quarterback Cam Thomas will be leaving the Illinois football program.

During his freshman campaign, Thomas appeared in four games and started two. He finished the season with 233 rushing yards with one touchdown while throwing for 375 yards and five interceptions.

Heading into spring ball, Thomas was the only scholarship quarterback on the roster after the departures of Jeff George Jr. and Chayce Crouch. However, a fully-loaded freshman class that featured three incoming QBs and the grad-transferring of AJ Bush left open plenty of competition throughout training camp.

Bush handly earned the position heading into the first game against Kent State, with freshman Matt Robinson and M.J. Rivers put themselves in the conversation for the backup position during camp.

Cam Thomas will be leaving the #Illini due to personal reasons. pic.twitter.com/LZOqtr2a9U