‘Twas the start of championship weekend 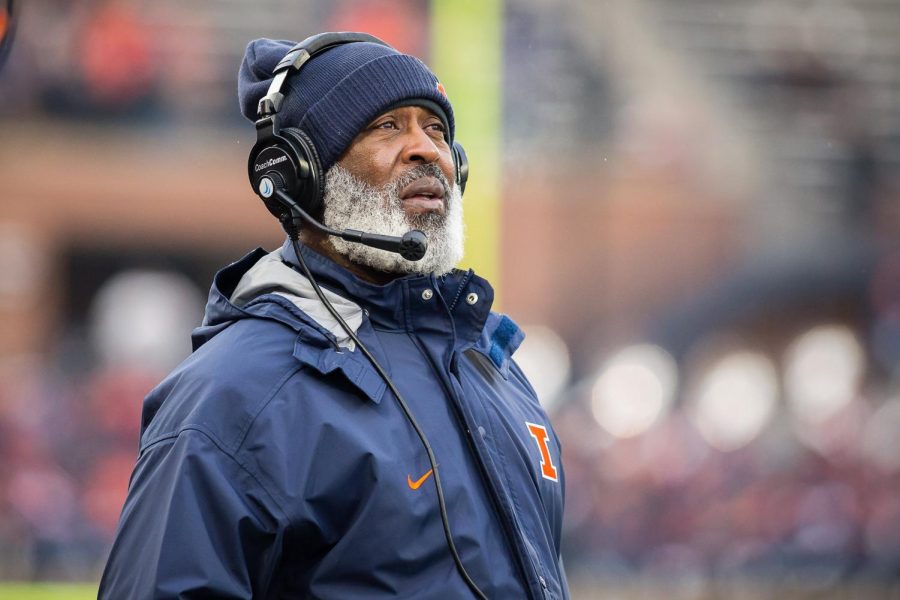 Austin Yattoni The Daily illini Illinois head coach Lovie Smith looks up at the scoreboard during the game against Iowa at Memorial Stadium on Nov. 17.

‘Twas the Final Four day, when all through Illinois

Not a sports fan was talking, not even a college boy;

In hopes more recruits would soon be there;

Lovie was kicking it back in his chair,

Whitman said otherwise and believed in his man

To them, the football team is really doing all it can;

The season was historic with a 63-0 loss;

It even had a Purdue touchdown where Martin was Moss’d;

As for Reggie Corbin, he broke out strong,

A glimpse of hope in a season where a lot went wrong;

What about basketball over at the State Farm Center?

Well, Brad Underwood has been forced to be an experimenter;

Kipper or Trent or Ayo or Feliz,

The decision on a lineup seems up for lease;

A poor start to the season against nonconference foes

The Illini are trying to knock off the early-season woes;

And on the same court, Nancy Fahey is coaching;

But this year’s team is different, at least that’s been the claim;

Emery Parker and teammates are looking to stay on last season’s course;

Oh, gymnastics is quickly getting back in full swing

Expectations are always high for Alex Diab on the rings;

Don’t forget Rae Balthazor, who has been a standout performer,

And you have to be sure coach Walsh is one of her biggest supporters;

Swimming and diving is in a midseason break;

Fortunately, their practice isn’t in some frozen lake;

But the biggest story comes with great reason;

Illinois volleyball has made a postseason run,

And now in Minneapolis, there will only be one;

With anticipation high, a championship is in sight,

So with that, happy Final Four to all, and to all a good night!