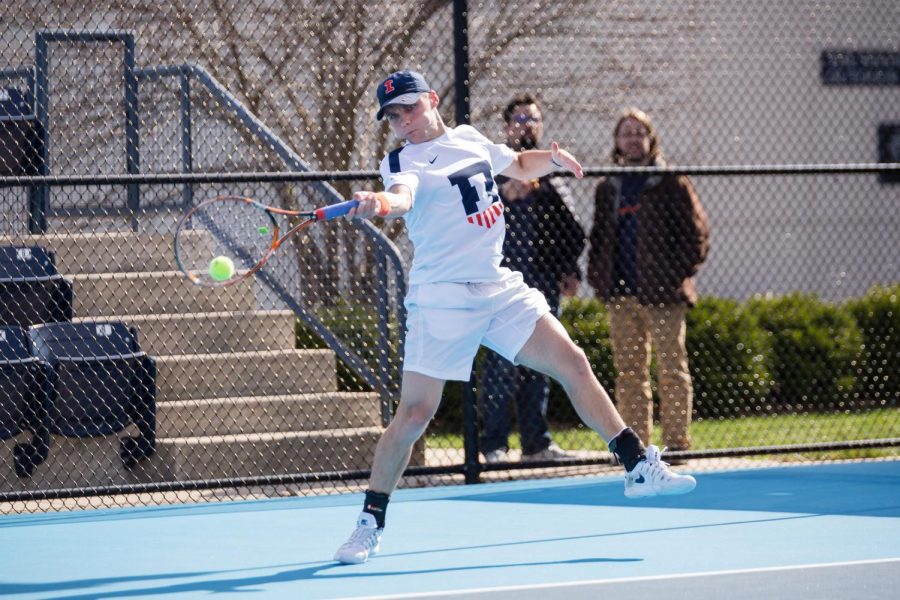 Junior Zeke Clark serves the ball during a match. The men's tennis team boasts several powerful duos in fast-paced doubles matches, leaving plenty to look out for this season.

The No. 15-ranked Illinois men’s tennis team toppled Duke at home Friday night 6-1 in the team’s spring season opener. The Illini now move to 18-7 overall and lead the all-time series against the Blue Devils.

Junior Zeke Clark sank his teeth into the final point for the Illini, after overcoming the Blue Devils’ Catalin Mateas 10-8 in a third set tiebreaker. The Illini won 6-2 and added to their season-opener winning record, making it 13 victories over 14 seasons, all under the guidance of head coach Brad Dancer.