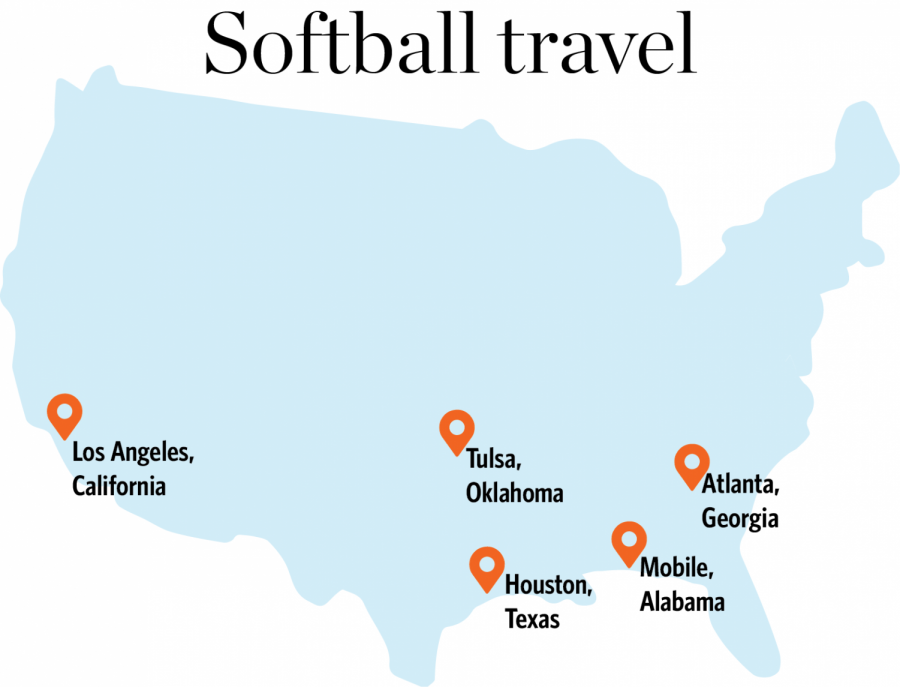 The Illinois softball team finished its second road trip of the season in Atlanta, Georgia, which took place Feb. 15-16, and is gearing up for the Mardi Gras Classic in Mobile, Alabama, this weekend.

The outing to Alabama follows Illinois’ four-game series sweep over Boston College and Georgia Tech at the ACC-Big Ten Challenge, winning 12-3 and 7-3 against Boston College and 15-10 and 7-3 over Georgia Tech respectively. The Illini won all four games during two doubleheaders Friday and Saturday, lifting their current overall record to 7-2.

During Illinois softball’s opening weekend on Feb. 8, the team welcomed the 2019 season with wins over No. 22 Oklahoma State, 7-4, and No. 13 Kentucky, 6-5, at the Houston Invitational. In the same weekend, howefer, Illinois suffered its first two losses of the spring to Sam Houston State, 6-10, and during its second game against Oklahoma State.

This weekend, the softball team is slated to play five games against four different teams. On Friday, Illinois tees off against Hofstra and South Alabama, followed by Nicholls State and Stephen F. Austin on Saturday. The series will be capped off with a final meeting with Nicholls State on Sunday.

This weekend only marks three of the five nonconference road series’ Illinois softball is traveling to before the bulk of its regular season play begins.

Up next, Illinois will travel to the Oklahoma State University-Tulsa Invitational in Tulsa, Oklahoma, on March 1-3 and then to the Loyola Marymount University Tournament in Los Angeles over the first weekend of University’s spring break on March 15-17.

The Illini will face their first Big Ten opponent on March 22 when they play a three-game weekend series against the Wisconsin Badgers at home.