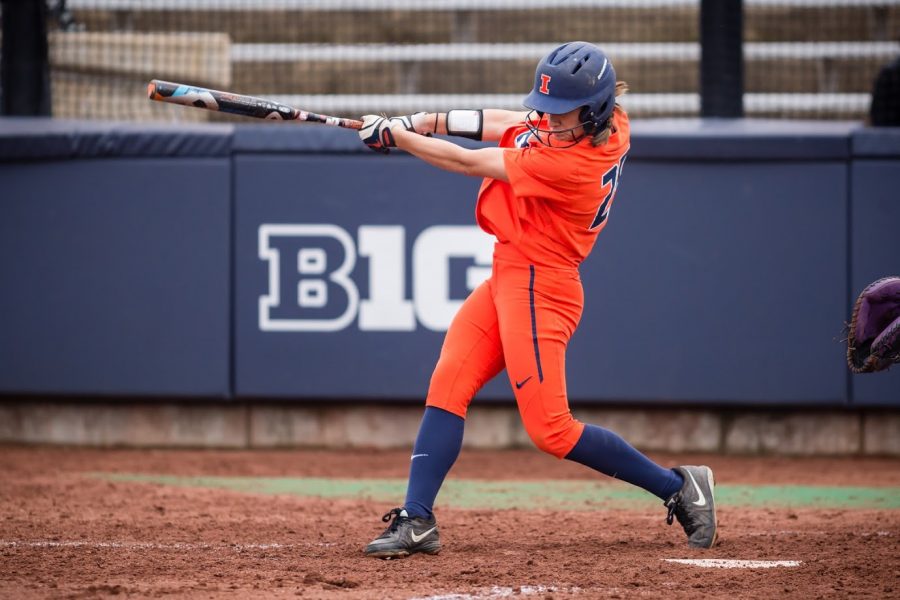 Illinois outfielder Carly Thomas (25) hits a home run during the game against Northwestern at Eichelberger Field on Wednesday, Mar. 28, 2018.