Illini come in second at championship 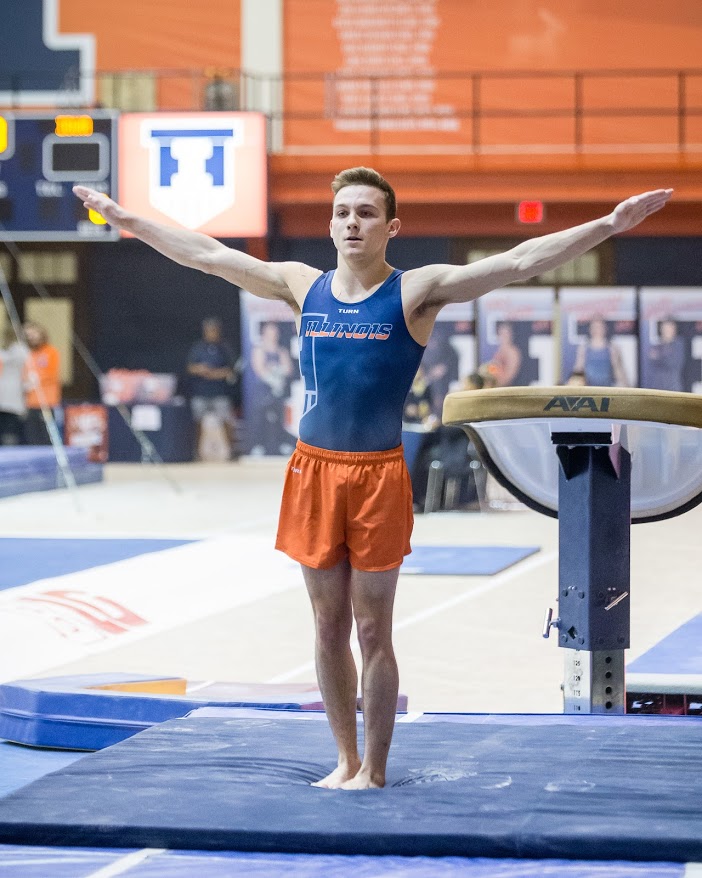 The Illinois men’s gymnastics team competed in two days of the Big Ten Championships, where the team as a whole came in second place with multiple individuals scoring event titles.

On the first day of action, the Illini fell short of their second Big Ten title in as many years when they put up a score of 410.1 to the Nittany Lion’s 410.35. After weeks of struggle, Big Ten Freshman of the Year Michael Fletcher had his best performance of the season. Fletcher set career highs in parallel bars, vault, still rings and floor routine while he also tied his career high on the pommel horse.

Juniors Michael Paradise and Sebastian Quiana were also very important for the Illini. Paradise only competed in the pommel horse, but he put up a staggering 15.1 — a career-high and an event title. Quiana had similar success on the parallel bars and set a career high himself with a 14.6.

Going into the second day of action, the Illini brought seven gymnasts to compete in the individual event final. The night started off with the reigning three-time still rings champion, senior Alex Diab, competing for another Big Ten still rings title, dominating as he put up a score of 14.975. He registered a quarter and a half point higher than the rest of the competition and won his fourth straight Big Ten still rings title. Diab is only the second gymnast to ever win the same event title in four straight Big Ten finals.

The other event title winner came from freshman Hamish Carter on the high bar. Carter put up a score of 14.175 and came through with one of his best performances on the high bar this season.

Paradise was one of the favorites to win the pommel horse going into the meet, but he stumbled a bit on Saturday. After a nearly perfect routine, Paradise had a slight flinch on his dismount, and it likely cost Paradise the event title. Paradise had a solid 14.725 at the individual event final and came in third place.

The Illini will compete in their final meet of the season on April 19 and will likely compete April 20 in the NCAA qualifiers and finals.