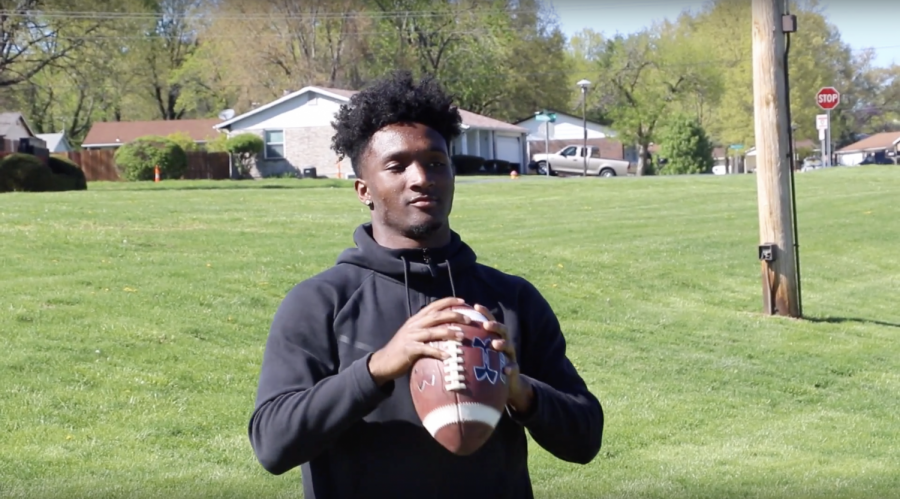 Football Head coach Lovie Smith was adding more than just another name to his coaching staff when he brought Cory Patterson to Champaign as a tight end’s coach in January 2018.

Patterson possesses a plethora of knowledge when it comes to the St. Louis area from his days as the head coach at Trinity Catholic High School.

Since Patterson has been hired at Illinois, he‘s become one of the better-liked members of the coaching staff by recruits. Recruits in the St. Louis and metro-east communities enjoy hearing from Patterson on a daily basis because he talks to them about more than just football. He’s known for being in touch with recruits’ personal lives, and it’s shown in Illinois’ recent recruiting uptick in the St. Louis area.

In the 2019 recruiting class, Patterson played a key role in convincing two of his former Trinity Catholic players to sign with the Illini: Isaiah Williams and Shammond Cooper.

Williams is a quarterback with significant arm talent; he and Patterson have a relationship that dates back to when the new tight end coach began working with Williams when he was 6 years old.

Patterson often had Williams and several teammates spend nights at his house throughout the season. Patterson said he could tell Isaiah Williams was different at a young age due to his maturity and how trustworthy he was.

After fostering a strong bond with Patterson, the decision to attend Trinity Catholic was easy and their relationship grew even more.

“He took me in under his own arms,” Williams said, “Whenever I need something, he had me, and he is just like a father figure to me,”

Williams’ teammate Cooper committed to Illinois on live television at the Under Armour All-American Game. Cooper, an athletic linebacker has racked up 137 tackles, 16 tackles for loss and five sacks as a senior at Trinity.

Patterson began coaching Cooper at Trinity, but also coached against him for several years prior. Patterson has a close relationship with Cooper’s dad, which aided in his decision to attend Trinity Catholic as well.

After three successful seasons together at Trinity Catholic, Patterson was offered the tight end’s coaching position on Smith’s staff. Patterson called the decision to leave Trinity “the hardest decision of (his) life” because of the relationships he was leaving behind.

But Patterson knew joining Smith’s staff would provide more opportunities for the group to stay together in the future.

“I knew I had to go to somewhere with a teammate, and (Patterson) being at Illinois, and Illinois being a top school for me, that was just a dream come true,”  Cooper said.

Patterson, Williams and Cooper said they’re trying to get more athletes from Trinity Catholic to sign with the Illini in the 2020 class, and their efforts are off to a good start with a commitment from Reggie Love.

Love said he likes the family environment Illinois brought to his recruitment, and said Patterson, Williams and Cooper had an impact on his decision.

Love will continue to develop a family-like connection with some of his fellow Class of 2019 Trinity teammates, including Mookie Cooper, James Frenchie and Jalen St. John.

“We don’t talk about it enough,” Love said in reference to playing with his current Trinity teammates in college.

The Illini staff are in pursuit of a few more Trinity players for the class of 2020, and heavily sighting prospects Mookie, Frenchie and St. John.

This fall Williams and Shammond Cooper are expected to make immediate impacts on the field for Illinois and are able to reflect on the relationships with their former teammates at Trinity.

Illinois football is gearing to use its newfound recruiting resource in Patterson, but to continue to make strides in overall recruiting Illinois moving toward the summer and fall.