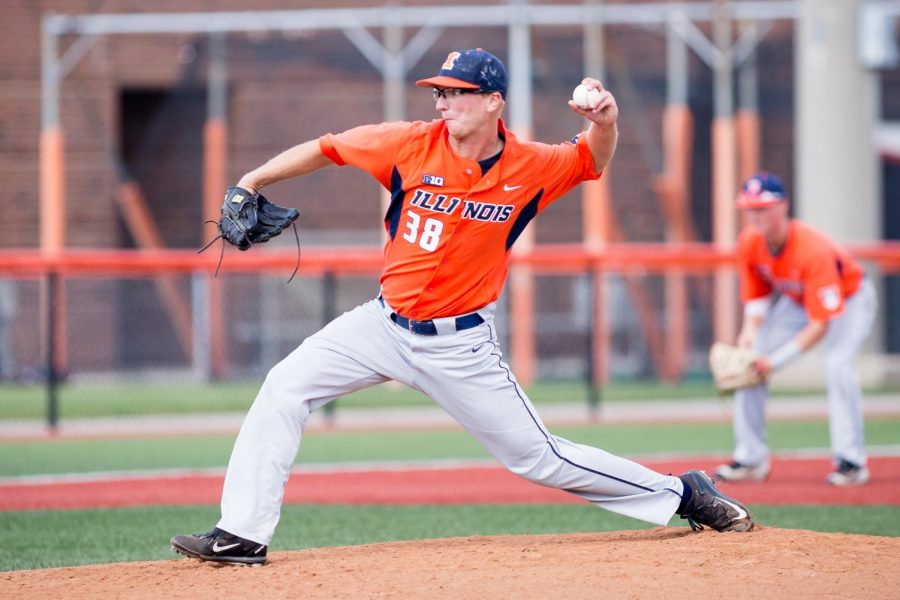 Pitcher Andy Fisher delivers the pitch during the game against Indiana State at Illinois Field on September 24. Seven Illini, including Fisher, signed with professional teams following the MLB draft earlier in June.

Illinois baseball earned a spot in the NCAA baseball tournament as a No. 2 seed Monday. The announcement, made on ESPNU, follows Illinois’ disappointing end to the Big Ten Tournament when a loss to Michigan knocked the team out of contention.

For NCAA Regional play, Illinois will travel to Oxford, Mississippi, to face off against Clemson. If Illinois advances, they will play either Ole Miss or Jacksonville State in what would be the program’s second Super Regional.

This regional appearance marks the first for head coach Dan Hartleb and his team since 2015; Hartleb led the Illini to its previous appearances in 2011, 2013 and 2015.

Regional competition offers a chance at redemption for the Illini after an early end to their Big Ten Tournament run, especially for closing pitcher Acton, who, while a national leader in saves (per Illinois Baseball’s Twitter), ended up taking the loss against the Wolverines.

Illinois will kick off regional play Friday at Swayze Field. The game will begin at 3 p.m. CT and will be broadcast on ESPNU.