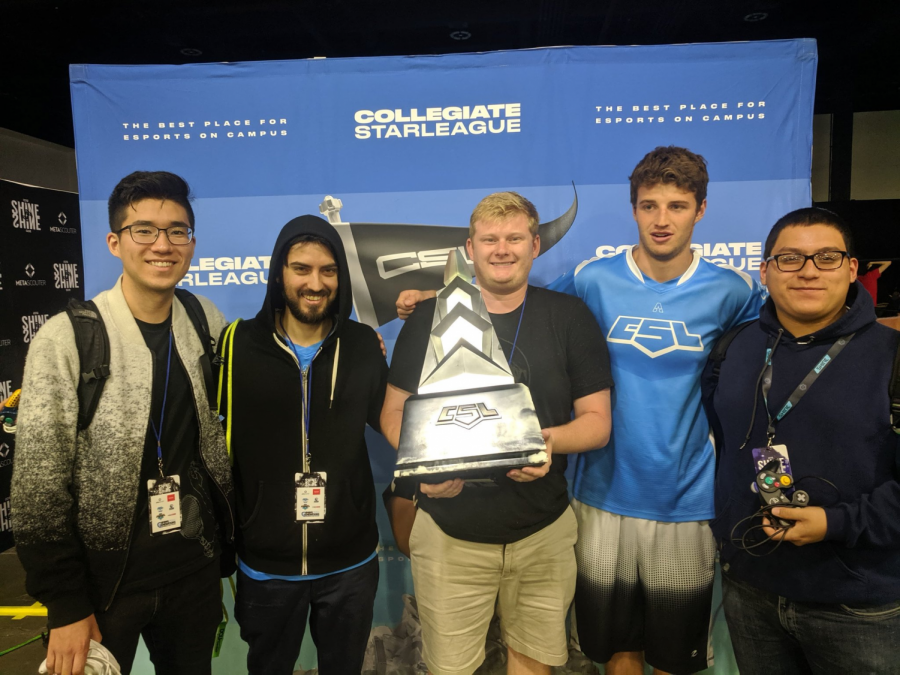 Following a heartbreaking runner-up finish in 2017 and a fourth-place finish in 2018, the Illinois club Melee team won the CSL Smash finals at Shine 2019, defeating Texas A&M University and taking home $9,000 and bragging rights.

Nate “Foxcapacitor” Kranjc helped boost the team to victory after taking down three of the five players on the A&M team, using Fox as his character.

Illinois’ five-man team was selected through a power ranking based off of a variety of metrics such as past tournament success and head-to-head victories. Enrique Carvajal, the seventh-ranked Champaign player as of this story and president of Champaign Melee, emphasized the amount of talent the University has.

“Our best players, those three top players (Lucas “Shabo” Pena, Daniel “Zamu” Bernstein and Louis “PRZ” Kim), they usually do the best out of all of us. They usually make the top 64 or 48 bracket which is a good benchmark of a top tier player,” Carvajal said.

“Foxcapacitor” is ranked fourth as of Tuesday.

The way CSL (Collegiate Starleague) determines its winners is through crew battles. With a five-man team, each side sends one player to face off against each other. Every player starts out with four “stocks,” or lives. From there, the winner of the first one-on-one must take on the second member of the opposing team, but there’s a catch. Instead of starting out with four stocks again, the winner of the first matchup must fight with the damage and lives they sustained against the first player.

Despite stipulation and being the final player to enter the battle, “Foxcapacitor” was able to take two stocks from Texas A&M’s “Air”, four stocks from “OrangeOranges”, and another four from “JayWalker”.

This RSO team has been universally recognized as a powerhouse in Melee for the past few years. Coming into the CSL, Illinois was described as the best team on paper in the competition according to a preview on their official website.

“These guys are all really good. They’ve developed really nice playstyles and have been able to get wins off of top-100 players,” Carvajal said.

As these things often do, the Champaign Smash club has become a booming organization that several students flock to every Friday from 6-10 p.m. at the Union to play the game they love.

After winning the Midwest qualifier in Ohio, the team carried its momentum into the regional finals at the Wisconsin Dells to see who would compete at Shine 2019, an up and coming gaming competition.

As an RSO team, winning $9,000 is a hefty sum for winning a tournament. Although the team is humming along just fine on the financial side, the money will be used to help expand the RSO through more events.

Looking forward, the team will host a tournament on the weekend of Aug. 30 at the Illini Union Ballroom. This time around, there are no grand prizes available, just a grassroots event for people who simply love the game.