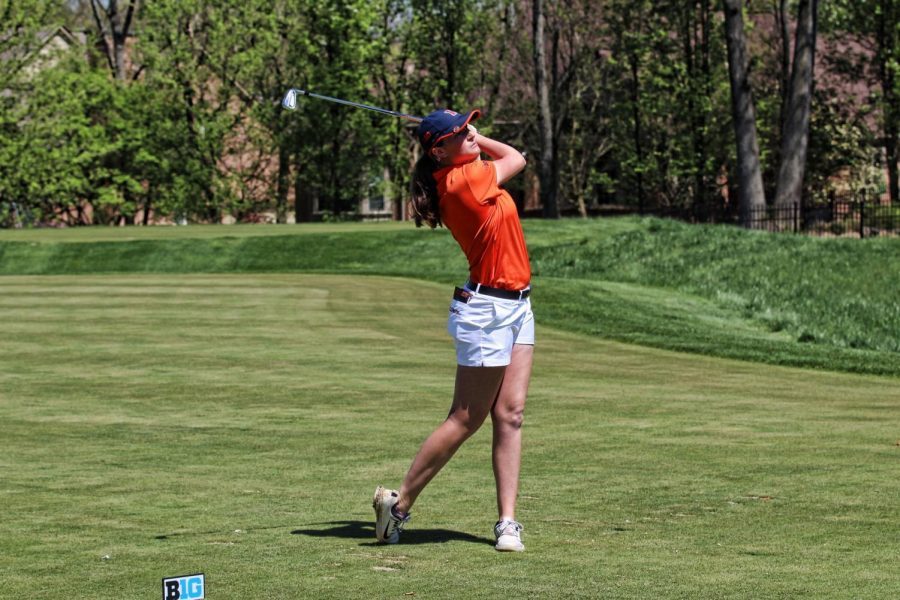 Last year was a successful season for many Illini sports teams, including women’s golf, which went to the NCAA Championship for the first time in program history.

Though Nowlin and Morallos are the team’s only upperclassmen, the team looks to build off a strong season, which includes a second-place finish at the Big Ten tournament.

Nowlin competed at the Augusta National Women’s Amateur in April and was set to compete at the LPGA and Symetra Tour Qualifying Tournament. Nowlin’s name didn’t appear on the tournament’s leaderboard, and the senior has the lowest career stroke average of any player with three seasons or more experience per fightingillini.com.

This fall, the No. 16-ranked in the WGCA Preseason Coaches Poll begin their season Sept. 16 at the Glass City Invitational at the Inverness Club in Toledo, Ohio.

Illinois will travel to Oklahoma for the Schooner Fall Classic Sept. 27-29. This is a new tournament for the Illini, who last played in the state of Oklahoma in 2014 for the NCAA Regional Meet at Oklahoma State.

The Illini then return to Champaign for the Illini Women’s Invitational Oct. 7-8. Last season, the Illini finished third at their home tournament.

The team wraps up the fall season at Landfall Tradition in Wilmington, North Carolina. Illinois hasn’t played in North Carolina since 2016, when it finished sixth at the Greenville Regional Preview.