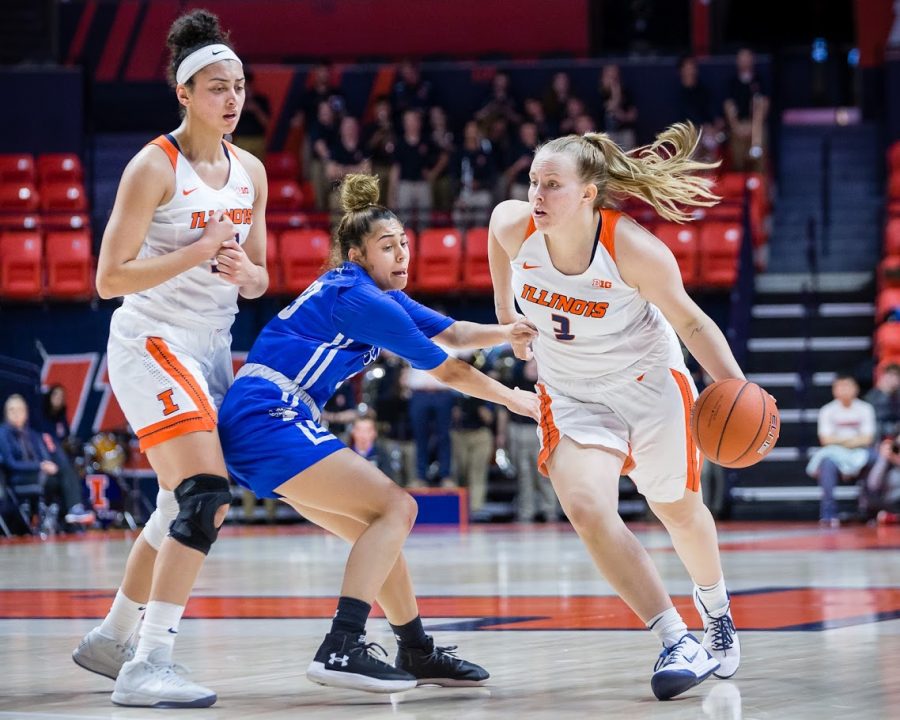 Illinois guard Arieal Scott (3) drives to the basket during the game against Indiana State at State Farm Center on Wednesday, Dec. 5, 2018. The Illini won 75-57.

Illini sophomore Arieal Scott will not be a member of the Illinois women’s basketball team due to health and wellness reasons this coming season, according to an announcement per fightingillini.com in August.

According to the site, Scott was approved for a medical non-counter waiver, meaning she will still be on scholarship but won’t count against Illinois’ scholarship limit for athletics.

“While we are disappointed that Arieal will not join us on the court, we are supportive of the decision to focus on her health,” head coach Nancy Fahey said per fightingillini.com. “Student-athlete wellness is of the utmost importance, and we are thankful that she will have the opportunity to continue to pursue her degree on scholarship at the University of Illinois while focusing on personal needs.”

Scott appeared in 26 games in her career, starting two of them as the Illini depth was tested her freshman year. She averaged 8.8 points-per-game and led the team with 48 three-pointers last season. Scott was the 39th ranked recruit coming out of high school, according to Prospects Nation.