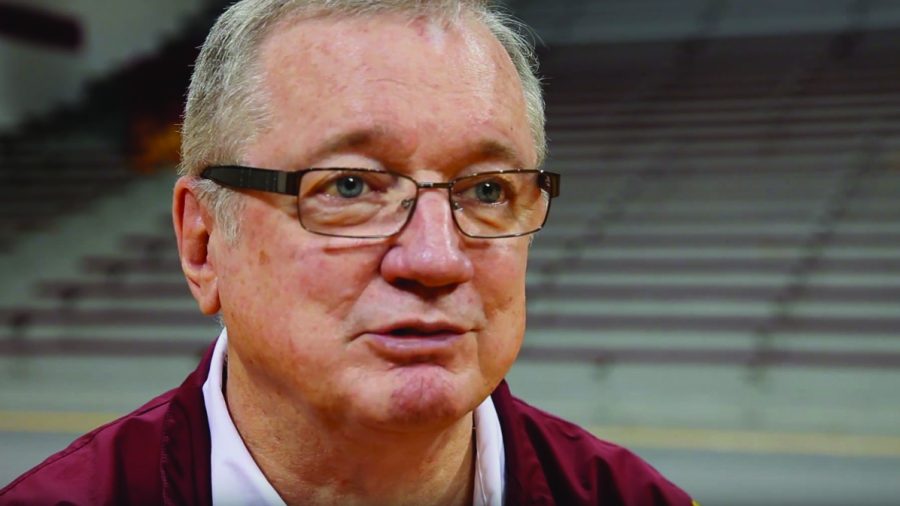 Mike Herbert, former Minnesota Volleyball coach, speaks about his battle with Parkinson during an interview with the Minnesota Medical Foundation in 2011.

Hebert coached the Illini from 1983 to 1995. He led the Illinois volleyball program to two Final Four appearances in 1987 and 1988 and four Big Ten titles, including the program’s first in 1986.

During his 13 year tenure at Illinois, Hebert went 323-127 before accepting a head coaching job at Minnesota. He guided the Gophers to three Final Four appearances before retiring in 2010.

“We are all deeply saddened by Mike’s passing,” Minnesota head coach Hugh McCutcheon said in a statement. “He had a profound impact on volleyball here at the University of Minnesota, but his sphere of influence in our sport was far greater than that.”

“We are deeply touched by all the love and prayers. He definitely left a lasting legacy in the world of volleyball, touching and changing so many lives.”