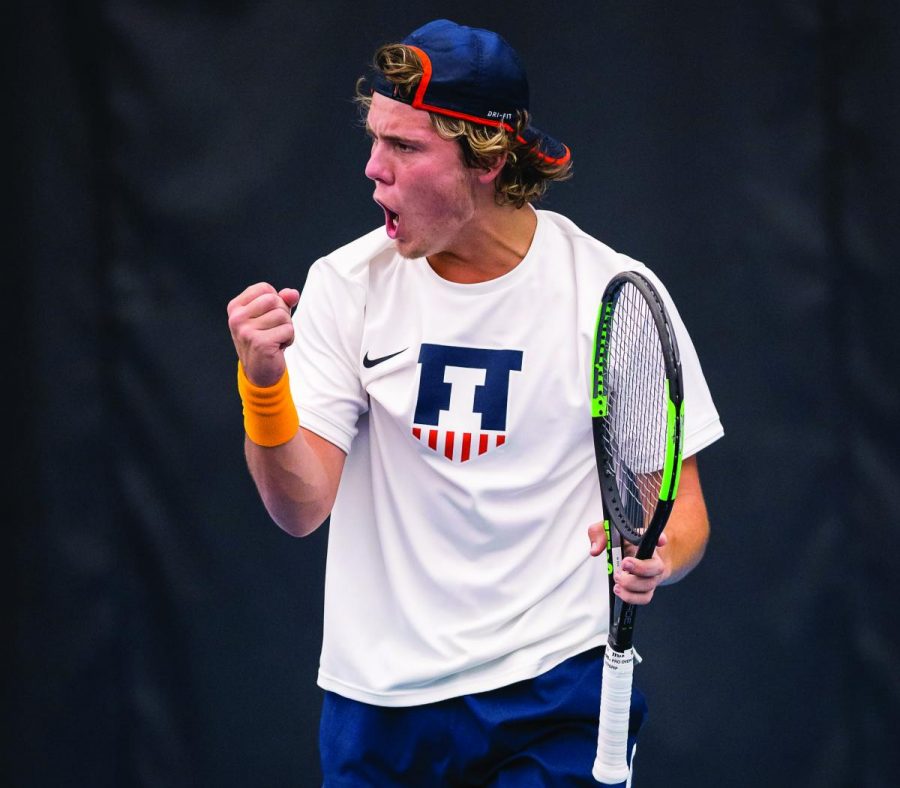 The Illini are looking to build off of senior Aleks Kovacevic’s success in Fayetteville, Arkansas, over the past week, with three tournaments set to take place over the next nine days.

The team looks forward to competing in the Charlottesville Challenger, hosted by the University of Virginia, as well as the $25,000 Sanchez-Casal Florida Sponsored by Germain BMW of Naples, Florida. The team also hopes to compete in the Lakewood Ranch Dick Vitale Intercollegiate Clay Court Classic in Lakewood Ranch, Florida.

Last year’s Dick Vitale Intercollegiate Clay Court Classic saw the Illini make a deep tournament run, with then-junior Noe Khlif making it to the semifinals. That was the only season in which they participated in the competition, according to schedules found on fightingillini.com.

According to the official tournament site, the meet will consist of a 32-player field for singles competition and a 16-team doubles draw. The meet will take place from Friday to Sunday and will raise money for Dick Vitale’s V Foundation for Pediatric Cancer Research, per the tournament’s official Facebook page. The competition is also the “only clay court event on the Intercollegiate Tennis Association calendar,” according to the page.

Illinois has never competed at either of the other two meets, according to fightingillini.com, which dates back to 1998. There hasn’t been an official announcement regarding players competing at any of the competitions, according to head coach Brad Dancer.

Dancer described his goals for the upcoming meets.

“I want them to just compete as hard as they can and get better,” Dancer said. “When you are competing really hard and engage in it mentally, that’s when you really find out what shots you own and what you don’t own. Plus, it gives us a chance to go back and look at those shots and make those shots better.”

The Illini look to bring back some hardware as they continue to prepare for the winter and spring seasons.